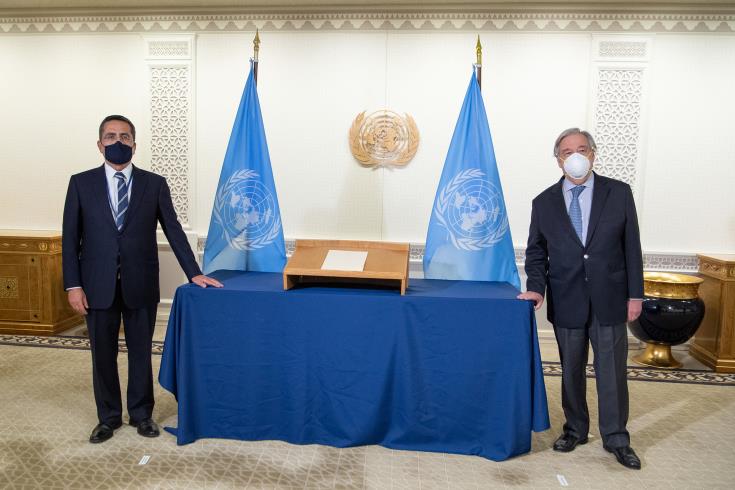 UN Secretary General Antonio Guterres has said the international organisation and himself personally are “committed” to Cyprus and its people.

And that he has repeated his intention to convene an informal meeting 5+1 on the divided island soon so that a serious negotiating process can begin.

Guterres was speaking at an official ceremony in New York during which Cyprus’ new permanent representative to the UN Andreas Hadjichrysanthou presented him his credentials.

“Cyprus is an important part of the UN… We are creating now the conditions to convene soon the informal 5+1 meeting so that we can begin serious talks and a negotiating procedure,” Guterres also said.

He then recalled his own engagement and commitment both in the past when Portugal held the EU Council presidency and now as UN Secretary General.

Especially during the negotiations at the Conference on Cyprus in Crans–Montana in 2017, he added. The talks failed to yield results.

Cyprus has been divided since a 1974 invasion by Turkey which still maintains troops in the breakaway northern part.

UN resolutions call for the island’s reunification under a bi-zonal, bi-communal federal system but the Turkish side repeatedly talks about an unacceptable two-state solution in Cyprus.