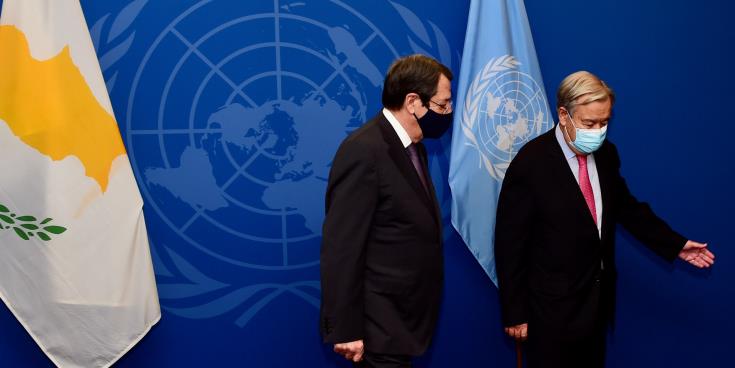 UN Secretary‑General Antonio Guterres remains in regular contact with the members of the Security Council about Cyprus, his deputy spokesman Farham Haq said on Monday.

And, along with the other officials of the system, will keep the Security Council posted as needed, Haq added.

Invited to reply to a question during the daily press briefing on whether the Secretary‑General plans to inform the Security Council regarding the latest Cyprus issue developments, he said that “at this stage, there’s nothing to report back”.

In another question if he could confirm or comment on reports from Cyprus that Secretary‑General is going to appoint a Canadian, Colin Stewart, as Special Envoy, Haq said “No, I don’t have any comment.  There’s no announcement to make at this stage.  Once there’s an announcement, we’ll make it from the floor”.

On September 27, UN Secretary-General Antonio Guterres, had a lunch, in New York, with Cyprus President, Nicos Anastasiades and Turkish Cypriot leader, Ersin Tatar, to discuss about the way forward as regards efforts to solve the problem of Cyprus.