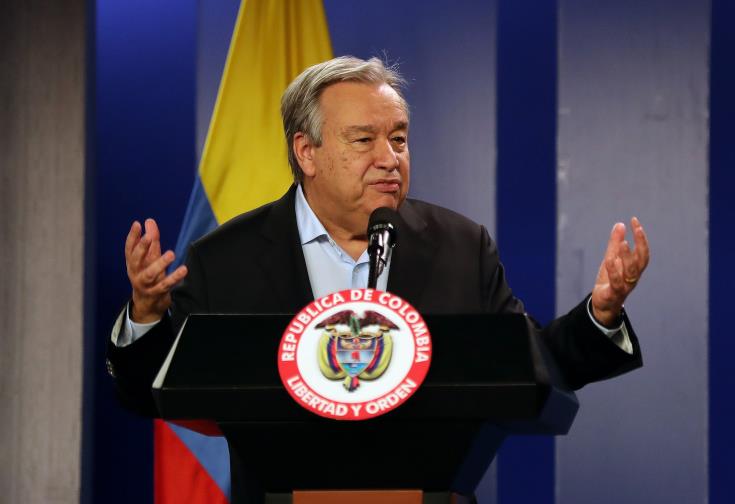 UN Secretary-General Antonio Guterres said he is eagerly awaiting his envoy’s report concerning the next steps on the Cyprus problem following her consultations with all parties which took part in the UN-led talks in Crans Montana, Switzerland in July last year, which ended inconclusively.

“Jane Holl Lute is still contacting some additional consultations and of course I am waiting as eagerly as you are for her report to see the way forward,” Guterres said replying to a question by CNA during his press conference before the UN General Assembly.

After the inconclusive talks in the Swiss resort, Guterres appointed Lute as his special envoy to explore the involved parties’ views on the way forward and submit a report to Guterres. So far Lute has met all parties.

Guterres will discuss with the relevant parties the results of Lute’s consultations during the meetings he will have with them on the sidelines of the United Nations General Assembly in New York, according to sources.

The same sources did not rule out the possibility that Guterres asks Lute to hold a new round of consultations with the parties involved in the process for a Cyprus settlement, in view of the discussion at the UN Security Council, on October 30, of the SG’s report on his good offices mission in Cyprus, which he will submit in mid-October.