UN-brokered informal summit on Cyprus problem kicks off in Geneva 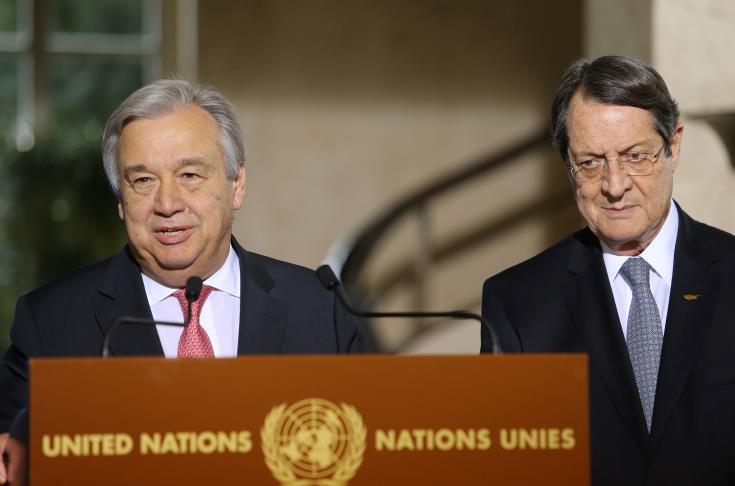 The 5+1 informal meeting on Cyprus, which the UN Secretary-General has convened, begins on Tuesday in Geneva, Switzerland, with the participation of the divided island’s two sides and the three guarantor powers.

That is, Greece, Turkey and the UK, which will be represented by their Ministers of Foreign Affairs.

The informal meeting begins with bilateral consultations which the UN Secretary-General, Antonio Guterres, will have at the Intercontinental Hotel at 1600 local time with Turkish Cypriot leader, Ersin Tatar, and at 1800 with Cyprus President, Nicos Anastasiades.

By Annie Charalambous
Previous articleMainly fine with cloudy patches on Tuesday, some dust in the air
Next articleErdogan urges Biden to reverse ‘wrong step’ on Armenian declaration