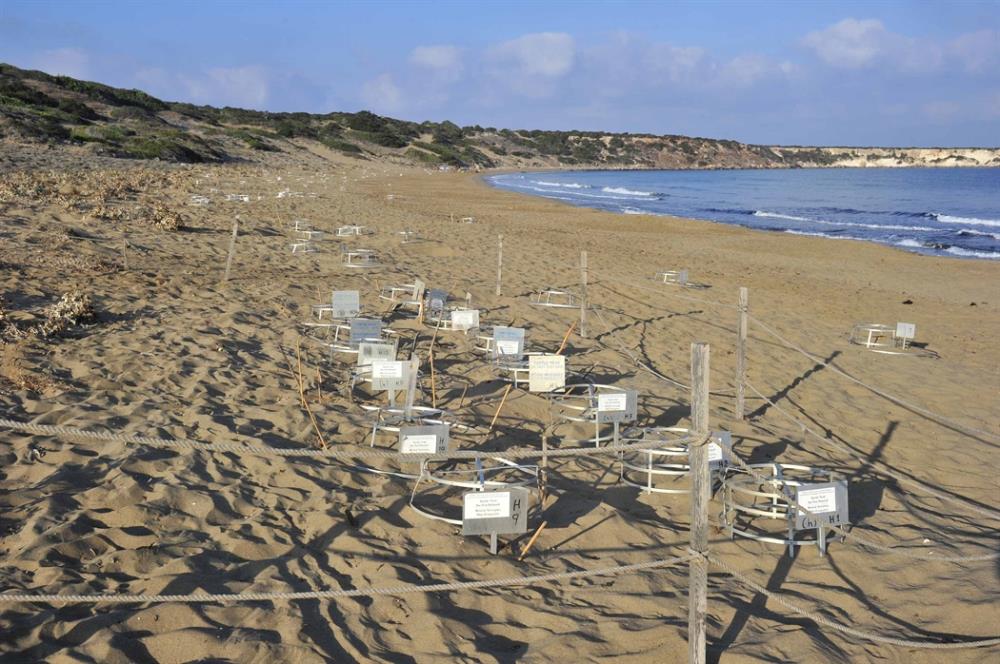 Local communities near Lara are up in arms over restrictions that are being implemented to protect the turtle nesting beaches of Lara-Toxeftra.

Their angry reaction was prompted by a clear warning from the Fisheries and Marine Research Department that it will not tolerate any violation of the laws adopted to protect the turtle nesting beaches — including a complete ban on sunbeds and umbrellas.

Inia community leader Yiangos Tsivikos told Phileleftheros that his community was being discriminated against as it was not allowed to ‘make the best’ of the beaches for swimmers and local communities.

To press the community’s demand, a protest is planned on September 1, he added.

“If they think this will be just a gathering after which we will just go back to our communities they are mistaken. The Department of Fisheries and all those in authority should realise that they are making a mistake with the discrimination we are suffering all thse years,” he said.

Earlier on Friday, Tsivikos told CyBC’s Trito programme that turtles and human can coexist. He said the local council has submitted a proposal for an organised beach with up to 100 umbrellas as well as sunbeds and a kiosk at Loura beach and suggested that one of the two beaches should be for turtles and the other for people.

He said that he had not received a reply and meanwhile swimmers who go to the beaches with umbrellas are told these are not allowed by Department of Fisheries officials who monitor the area.

“So they just pack up and leave,” he said.

The Agriculture Ministry has already made clear that it will not tolerate violations of the law. Agriculture Minister Costas Kadis told CyBC that the ministry did not want a feud with the local community, but insisted that the law needed to be upheld in order to protect the turtles.

He added that when swimmers are informed that Lara-Toxeftra are protected beaches where special rules apply, most approve and are happy to cooperate.

Diko MP Charalambos Pittokopitis said that up until two years ago, swimmers could go to Lara and Toxeftra beach with their umbrellas with no problem. Today, they’ve remembered that there is an issue and they are handing out fines, he added.

As a result of restrictions like these the area has become a giant ‘old people’s home’, he added.

“Local authorities and the residents of the Akamas are asking for the self-evident. Protection of the turtles and protection of the people of the area,” he said adding that he had visited turtle nesting beaches in Zakynthos where there were facilities for swimmers.

But the minister insisted that the Akamas area had unique features that needed to be respected by everyone.

“We are talking about an area of world importance which is protected by European conventions which supersede Cyprus law,” he said.

He added that authorities had taken a tougher stance in the past two years because the situation at Lara-Toxeftra had risked gertting out of control as a result of all types of human activity.

Kadis said that the experts do not agree that the area can host an organised beach. “That is why Lara is considered by international bodies as a success story while areas such as Zakynthos and others cited by some do not have our success,” he said.

Implementation of the Akamas management plan will generate significant revenue for communities as access to the national park will be through their communities, he added.