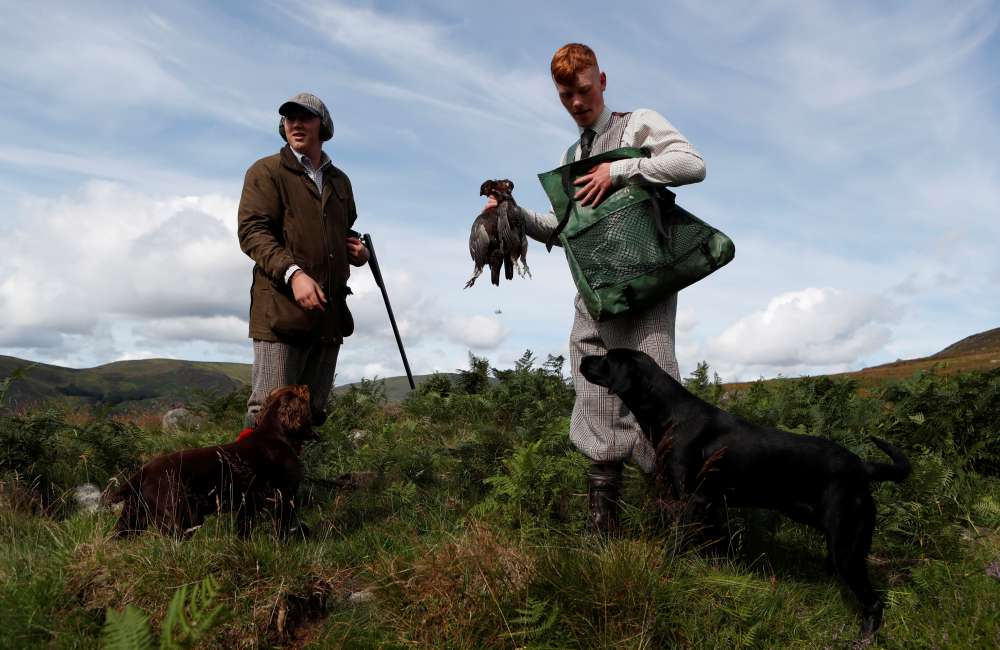 Britain’s opposition Labour Party called on Monday for a review into driven grouse shooting, saying the sport’s impact on the environment needed to be assessed.

Driven shooting involves a row of “beaters” walking and pushing out the birds, which can fly at speeds of up to 80 mph (130 kmh), towards a line of about 10 shooters concealed in sunken butts spaced about 50 yards (45 metres) apart.

Grouse moors cover 550,000 acres of the United Kingdom. To prepare the land for shooting, it is drained and dried out, destroying swathes of plant life and while mountain hares and predators such as hen harriers were often illegally culled, Labour said.

Despite evidence of environmental damage, the 10 largest English grouse moors were paid more than 3 million pounds ($3.6 million) a year in farm subsidies, the party said.

Its call for a review comes as the four-month grouse shooting season officially begins on a day known as the “Glorious Twelfth”.

“The costs of grouse shooting on our environment and wildlife needs to be to properly weighed up against the benefit of land owners profiting from shooting parties,” said Sue Hayman, Labour’s environment spokeswoman.

“There are viable alternatives to grouse shooting such as simulated shooting and wildlife tourism.”

Supporters of the sport, which dates back to Victorian times, say grouse shooting provides much needed jobs and an economic boost for rural businesses.

The Moorland Association said each year the owners and sporting tenants of the 190 member grouse moors in England and Wales spent more than 50 million pounds on land management, helping to protect endangered bird species.

“Labour’s call for a review appears to be a response to a campaign from celebrities and extreme animal rights campaigners,” said the British Association for Shooting & Conservation, saying that many of the details from Labour were incorrect.

“The Labour review needs to hear from the people on the ground who maintain grouse moors with massive benefits for conservation and the environment. When they’ve heard the facts we expect Labour to support the massive economic benefits to marginal upland communities that grouse shooting delivers.”

In 2004, a Labour government outlawed the ancient field sport of fox-hunting, where participants in scarlet jackets would chase the animals on horseback with packs of dogs. Critics said the sport was cruel while its supporters said it was an important rural tradition which helped keep down pests.

By In Cyprus
Previous articleCitizens’ group pushes for massive tree planting project in Nicosia
Next articleProspects for an informal conference are open, government source tells CNA