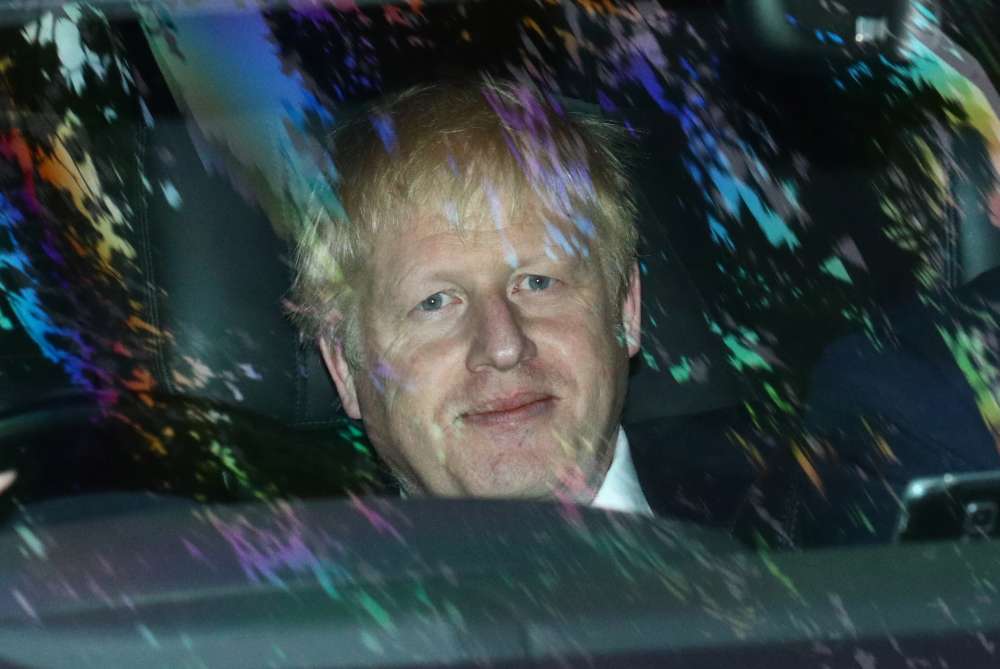 Boris Johnson, the favourite to become British prime minister, said he was prepared to lead Britain out of the European Union without a deal on Oct. 31 and said any EU attempt to impose trade tariffs would be akin to a Napoleonic-era blockade.

The United Kingdom’s three-year Brexit crisis could be about to deepen as Johnson’s pledge to leave the EU with or without a deal on Halloween could provoke a standoff with parliament, which has indicated its opposition to a no-deal exit.

No-deal means there would be no transition period so the exit would be abrupt, the nightmare scenario for many business leaders and the dream of hard Brexiteers who want a decisive split.

Johnson, a former foreign minister and London mayor, said he was convinced the EU would agree a new deal based on bits of outgoing Prime Minister Theresa May’s “dead” Withdrawal Agreement.

“My pledge is to come out of the EU at Halloween on 31 October,” Johnson, 55, told BBC TV, adding that there were “technical fixes” to prevent the return of a hard border between Ireland and Northern Ireland, which is part of the UK.

Johnson reaffirmed his view, contested by many, that Britain could retain tariff-free trade with the EU after a no-deal exit.

“I think it would be very bizarre if the EU should decide on their own… if they decided to impose tariffs on goods coming from the UK it would be… a return to Napoleon’s continental system,” Johnson told LBC radio on Tuesday.

Napoleon Bonaparte’s ‘Continental System’ was a blockade whose aim was to cripple Britain’s economy during the Napoleonic wars in the early 19th century.

Bank of England Governor Mark Carney has said a provision that permits trade to continue unchanged between two parties if they so decide could only be applied when a trade deal was in place or about to be in place.

Johnson repeated a warning that there would be “creative ambiguity” about when and how a previously agreed 39 billion pound ($50 billion) exit bill gets paid to the EU.

He repeatedly refused to answer questions about an argument with his girlfriend which has raised doubts about his fitness to lead the country.

The EU has refused to renegotiate the Withdrawal Agreement reached with May last November, and Ireland has indicated it is not willing to change the Irish border “backstop” that upset the Northern Irish party which props up May’s minority government.

Johnson said he did not want a no-deal Brexit – which investors warn would roil financial markets and send shockwaves through the European economy – but that it was necessary to put it on the table so that Britain could get the result it wanted.

“The way to get our friends and partners to understand how serious we are is finally, I’m afraid, to abandon the defeatism and negativity that has enfolded us in a great cloud for so long and to prepare confidently and seriously for a WTO or no-deal outcome,” he said in the BBC TV interview on Monday evening.

Britain is a member of the World Trade Organization so tariffs and other terms governing its trade with the EU would be set under WTO rules.

Business leaders have already triggered contingency plans to cope with additional checks on the post-Brexit UK-EU border, which they fear will clog ports, silt up the arteries of trade and dislocate supply chains in Europe and beyond.

Brexit supporters say there would be short-term disruption but in the long-term the UK would thrive if cut free from what they cast as a doomed experiment in German-dominated unity that has led to Europe falling behind China and the United States.

On resolving the impasse over the Irish border, Johnson said he thought changing or abandoning the backstop – a guarantee to ensure no return of hard border checks between EU-member Ireland and British-run Northern Ireland – could be a way forward.

Gordon Brown, prime minister from 2007 to 2010, said the unity of the United Kingdom would be at greater risk than at any other time in its 300-year history if Johnson wins the top job.

“In jeopardy are both the unity and integrity of the United Kingdom and the shared values – tolerance, respect for diversity, being outward-looking,” said Brown, from the opposition Labour Party.

By In Cyprus
Previous articleHellenic Bank: Cyprus’ positive growth dynamics continue
Next articleConference to promote road safety to be held in Nicosia