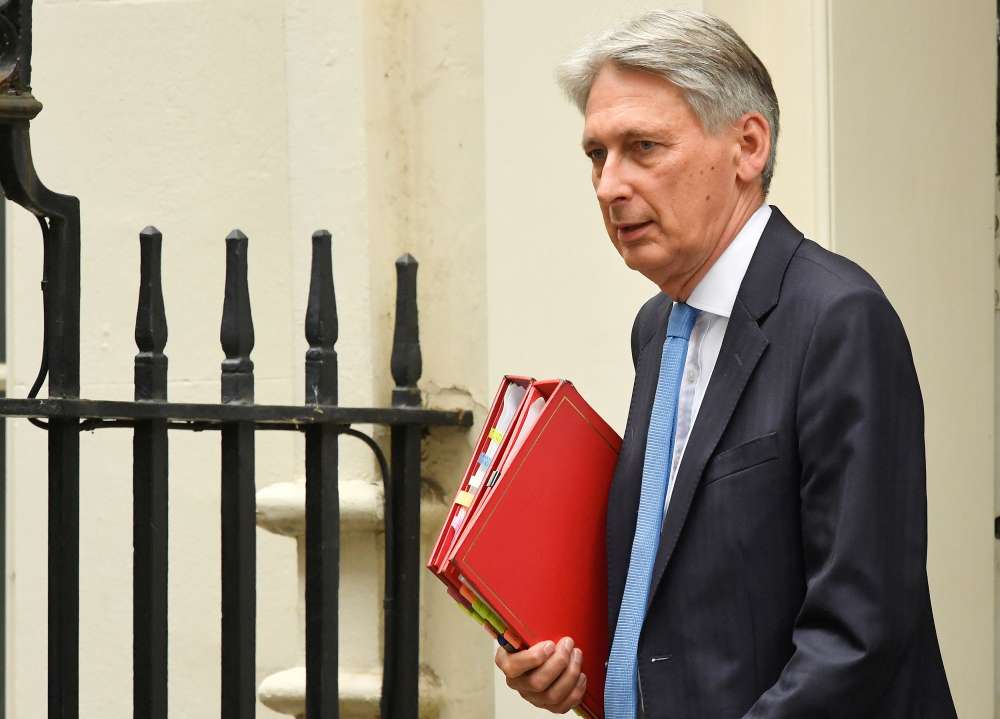 Britain’s finance minister challenged the two contenders to become the country’s next prime minister over their promises to use room for manoeuvre in the public finances to increase spending after Brexit.

Philip Hammond, who backed Remain in the 2016 Brexit referendum, spelt out his warnings about the impact on the budget of leaving the European Union without a deal, something both candidates have said they are prepared to do.

“The ‘fiscal firepower’ we have built up in case of a no-deal Brexit will only be available for extra spending if we leave with an orderly transition,” Hammond said on Twitter.

“If not it will all be needed to plug the hole a no-deal Brexit will make in the public finances.”

Both candidates to replace Prime Minister Theresa May – Boris Johnson and Jeremy Hunt – have said they will spend billions of pounds on public services, infrastructure and tax cuts.

“There is as you know about 26 billion quids (pounds) worth of headroom. The money is there,” Johnson said when asked on Monday how he would pay for his plans. “We also think there is room to make some sensible tax cuts as well, and we will be doing that too.”

Johnson, who also said there needed to be decent public sector pay, told reporters his plans were carefully costed and the impact of leaving the EU without a deal would be “very, very small”.

As finance minister, Hammond has helped bring down Britain’s budget deficit, allowing him to raise the prospect of more spending and tax cuts after a decade of austerity that has helped the rise in popularity of the left-wing Labour Party.

Hammond said in March he had nearly 27 billion pounds ($34 billion) in fiscal headroom – or the difference between the target he has set himself for the budget deficit and how big Britain’s budget forecaster think the shortfall will be.

But he has also said all that money could be soaked up by a no-deal Brexit because of the disruption it would cause to the world’s fifth-biggest economy.

The estimated size of the fiscal war chest could be revised down because of the slowdown in the global economy which is likely to have a knock-on effect on growth in Britain.

Furthermore, Britain’s budget forecasters have said that almost half of Hammond’s fiscal headroom might be lost depending on how official statisticians treat student loans in the public accounts.