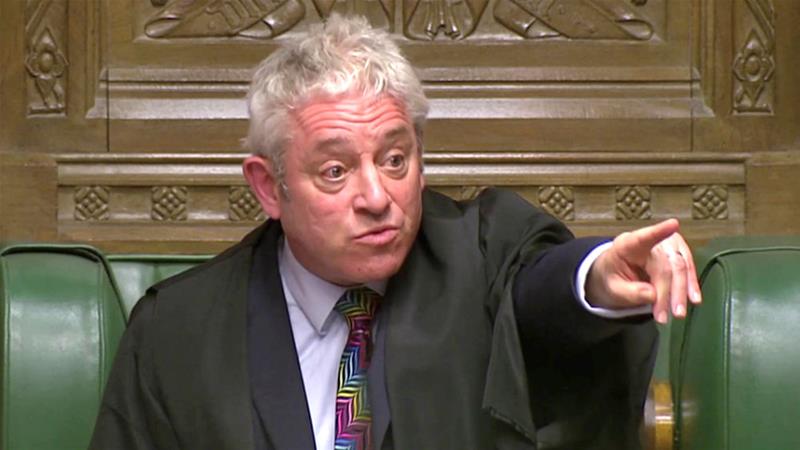 Britain’s governing Conservative Party plans to stand a candidate against parliamentary speaker John Bercow at the next national election, business minister Andrea Leadsom said, accusing him of “flagrant abuse” of his power.

Breaking with convention, Leadsom said it was right for the Conservatives to stand a candidate against Bercow. With Prime Minister Boris Johnson’s Brexit strategy having plunged parliament into chaos, the next national election could take place soon.

Writing in the Mail on Sunday newspaper, Leadsom said Bercow had “failed us” when he allowed lawmakers to seize control of parliament on Tuesday, putting in place a plan to force Johnson to seek a Brexit delay if parliament has not approved either a deal or consented to leaving without one by Oct. 19.

Johnson has said he would rather be “dead in a ditch” than seek that extension – which businesses say is needed to prevent economic damage from a no-deal Brexit – and has promised to lead Britain out of the bloc by Oct. 31 with or without a deal.

“The Speaker is the senior officer of the House of Commons, and its highest authority. A politically impartial, independent umpire of proceedings, the Speaker is in place to protect the constitution and oversee the behaviour of the House,” Leadsom wrote.

“What we saw on Tuesday was a flagrant abuse of this process.”

By In Cyprus
Previous articleTurkish military enters Syria to begin joint U.S. ‘safe zone’ patrol
Next articleShowers and thunderstorms with possibility of hail forecast for Sunday