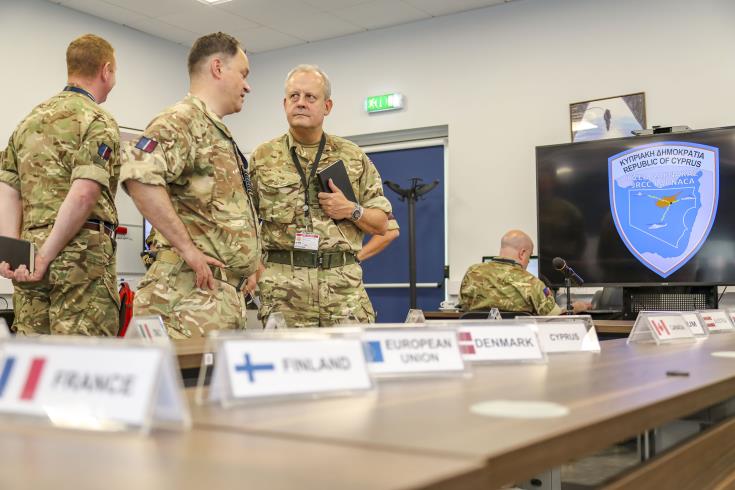 “We value our cooperation with Cyprus in crisis response and will continue developing it, to the benefit of both countries” said British High Commissioner, Stephen Lillie, upon the conclusion of “Argonaut 2019”, an international maritime search & rescue and non-combatant evacuation five-day exercise.

According to a press release issued by the British High Commission, Lillie added that “these exercises are of great importance and we are proud to participate. I am sure participants’ are in a better position to respond to any potential crisis.”

“Argonaut 2019” concluded on Friday in Larnaca, with over 20 countries participating in or observing the exercise. It included a search and rescue phase and a live exercise at Larnaca port simulating the arrival of large numbers of evacuees into Cyprus, with local authorities working alongside other nations to manage the situation.

It is added that the UK contribution to this year’s exercise included two officers from the UK Border Force, a team of Foreign Office officials including five officers from Rapid Deployment Teams, the Regional Crisis Adviser for Europe South, as well as a Planner and the Deputy Head of the Foreign Office’s Crisis Management Department. Two consular officers from the British High Commission in Nicosia and Tel Aviv also participated.

Additionally, five volunteers from the British community on the island participated in the live element at Kition Handling Centre, as well as 150 crew members of HMS Duncan, which was involved in the exercise. The SBAs also contributed with the 84 Squadron and other members of the British Forces in Cyprus.

The general aim of Argonaut 2019 was the development and interoperability between the authorities of the Republic of Cyprus, the EU Member States and third countries during the management of humanitarian crises in the wider region of the Eastern Mediterranean, the announcement concluded.

Farewell to @HMSDuncan as she leaves Larnaca at end of Exercise #Argonaut 2019 pic.twitter.com/dV5ANghz68

By In Cyprus
Previous articleGHS: 510,00 patients registered on eve of implementation
Next articleGeneral Government surplus increases in first four months