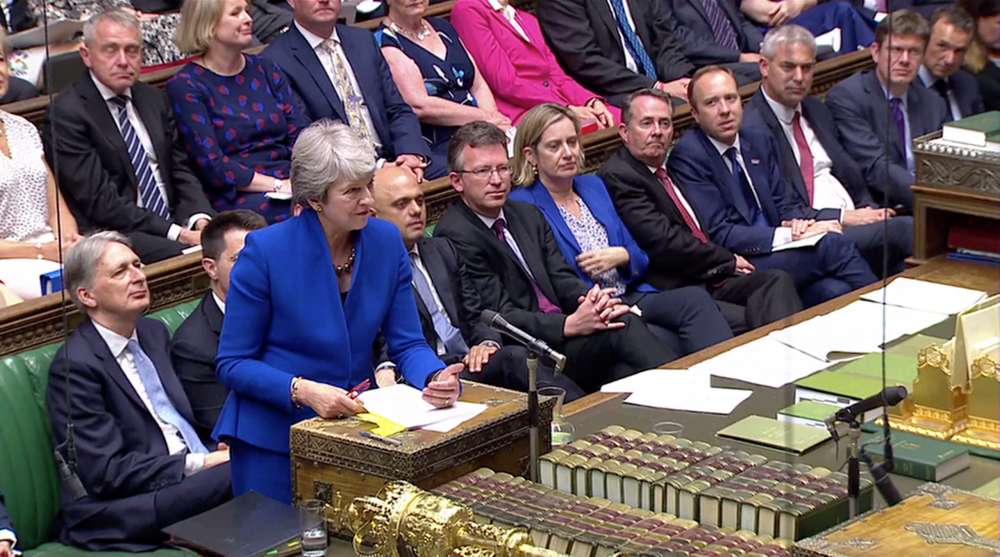 British lawmakers gave outgoing Prime Minister Theresa May a standing ovation as they applauded her out of the House of Commons chamber after her final, at times emotional, appearance as leader on Wednesday.

May, 62, appeared to be fighting back tears as she left, stopping to shake hands with the speaker, John Bercow, on her way out. She will officially hand over to her successor Boris Johnson later on Wednesday.

“Later today I will return to the backbenches and it will be my first time in 21 years so it is going to be quite a change,” May told lawmakers as her final weekly question session in parliament came to a close.

Praising the link between lawmakers and the constituents they represent as “the bedrock of our parliamentary democracy”, May’s voice quivered as she finished: “That duty to serve my constituents will remain my greatest motivation.”

The hour-long session, which her husband Philip watched from the public gallery, saw lawmakers from across the political divide pay tribute to May’s public service and sense of duty, despite voicing their disagreement with many of her policies.

Television footage from a news helicopter over parliament showed parliamentary staff lined up in a courtyard, clapping and taking photos on their phones as she walked to her car to return to her Downing Street residence for the final time.

She is expected to make a short speech in Downing Street before going to see Queen Elizabeth to formally stand down and recommend Johnson be asked to form a government.

May took over as prime minister in the aftermath of the 2016 vote to leave the European Union and is standing down just over three years later having failed to deliver Brexit, her divorce deal with the bloc rejected three times by a deeply divided parliament.