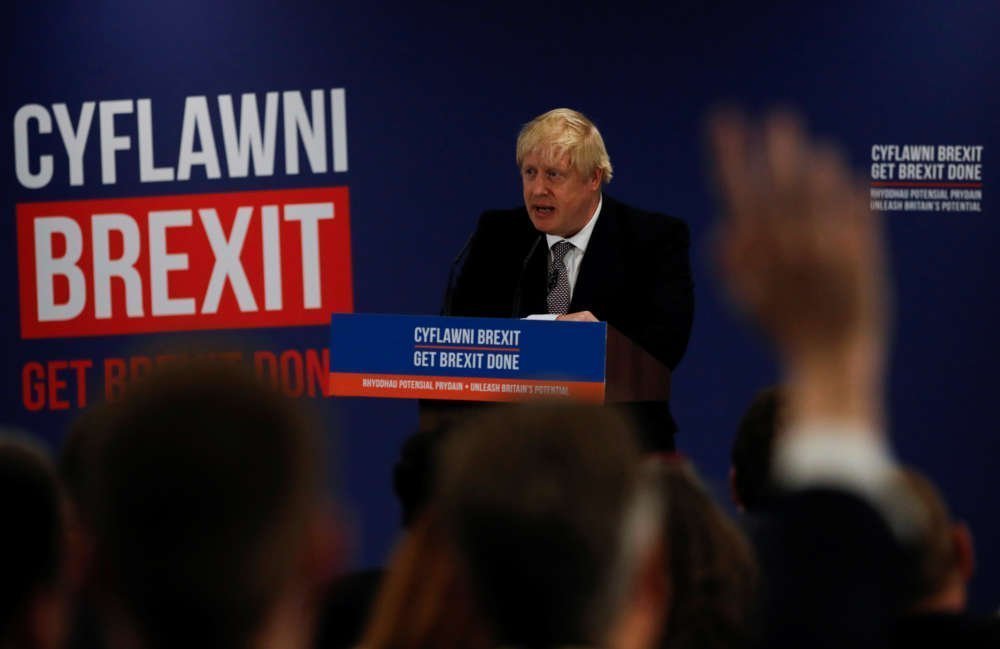 British Prime Minister Boris Johnson’s Conservative Party has held its 7-point lead over the opposition Labour Party, according to an opinion poll by ICM for Reuters, the first to be conducted entirely after Friday’s attack near London Bridge.

Ten days before Britain’s national election, support for the Conservatives stood at 42%, up one point from ICM’s last poll a week ago. The Labour Party was also up one point at 35%.

The pro-European Union Liberal Democrats were unchanged on 13% while the Brexit Party was down one point on 3%.

Three polls published on Saturday showed a narrowing of the Conservatives’ lead over Labour while one showed it had widened and another said it was unchanged.

Friday’s attack, in which a convicted terrorist who was released early from prison killed two people before being shot by police, has become a campaign issue.

Johnson is promising a tougher stance on the release of prisoners and has accused Labour’s leader Jeremy Corbyn of being soft on terrorism. Labour says spending cuts under a decade of Conservative-led governments have made it harder to fight militancy and reintegrate prisoners.

ICM’s poll on Monday found three in 10 people thought the Conservatives would win power with a majority of less than 50 seats in parliament and one in five thought the majority would be more than that.

Nearly a quarter of people thought a hung parliament, with no outright majority for any party, was the most likely outcome. Only one in 10 expected Labour to win a majority.