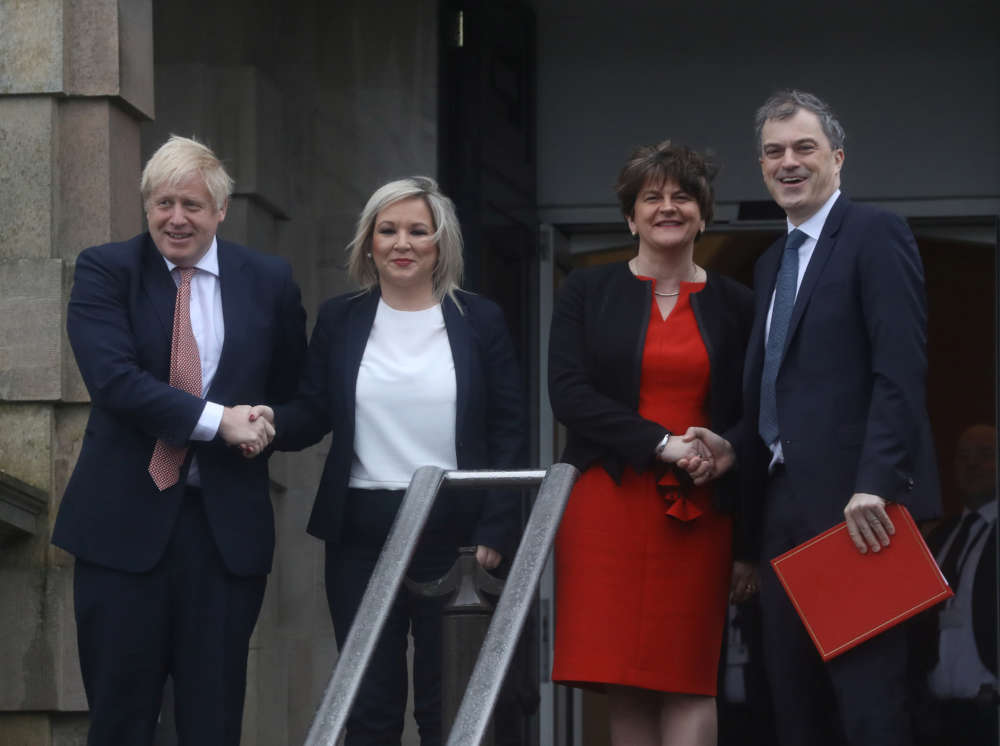 Parties representing Irish nationalists and pro-British unionists on Saturday ended a three-year standoff that had threatened a key part of the region’s 1998 peace settlement by forming a new power-sharing administration.

Varadkar and Irish Foreign Minister Simon Coveney were due to arrive later for talks, an Irish government spokesman said.

The so-called Good Friday Agreement established the Assembly – a devolved legislature with a power-sharing leadership which has administrative responsibility for the province and can make new laws in areas such as the economy, finance and healthcare.

That arrangement collapsed in 2017 when Sinn Fein withdrew, saying it was not being treated equally by the DUP.

The deal to restore the executive came just weeks after Johnson secured a big majority in the British parliament, ending his party’s dependence on DUP votes.

Johnson said he planned to use the visit to press the need for public service reform and to help resolve a strike in the health service.

The British government had promised more money to help Northern Ireland fund public services if it could get its devolved administration up and running again, but it has not publicly disclosed a figure.

By In Cyprus
Previous articleCustoms seized 49 kg of tobacco, €50,000 in currency in December
Next articleTrash left behind in Troodos after weekend excursions (videos)