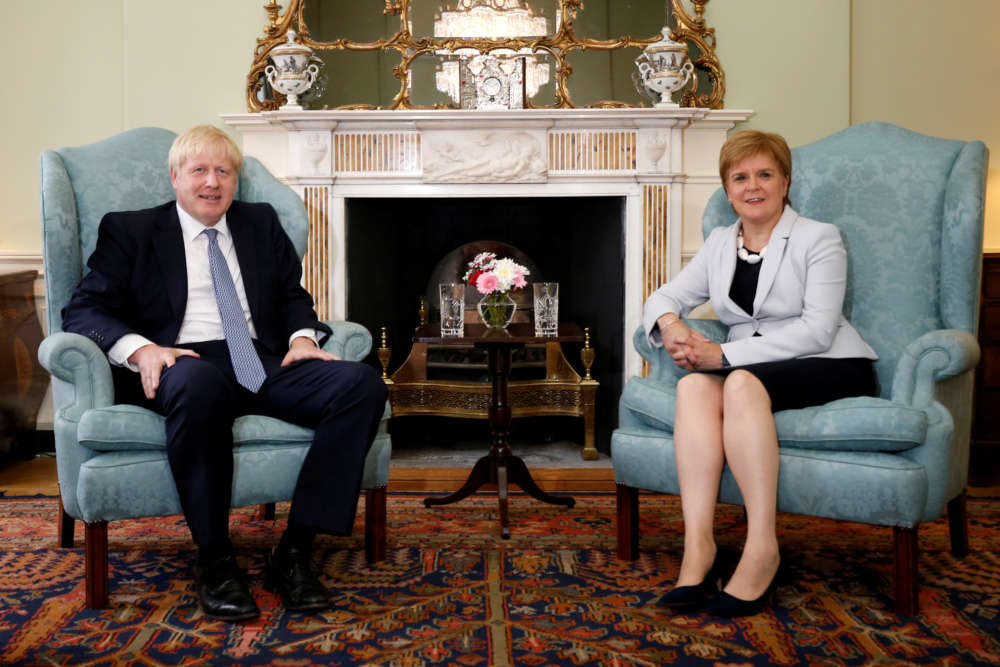 British Prime Minister Boris Johnson needs to “focus on reality” and recognise that the Scottish National Party (SNP) has been given a mandate for a second independence referendum, Scottish First Minister Nicola Sturgeon said on Saturday.

The SNP won 48 of Scotland’s 59 seats in the UK parliament in Thursday’s national election, prompting Sturgeon to step up her demands for another independence referendum.

However, Johnson, boosted by his own Conservative Party winning an 80 seat parliamentary majority in the election, told Sturgeon by phone on Friday that he opposed another independence vote.

“I was firm with him that I have a mandate to offer people a choice. He reiterated his opposition to that,” Sturgeon told Skynews after visiting supporters in Dundee on Saturday.

“But you know, let’s focus on reality here – the election this week was a watershed moment for Scotland,” she said.

Scots voted in an independence referendum in 2014 to remain in the United Kingdom, but they also voted in the 2016 Brexit referendum to stay in the European Union, while a majority of English and Welsh voters supported leaving the bloc.

Since then Sturgeon has argued that Scotland deserves another vote on becoming an independent nation because it is being taken out of the EU against its will.

Sturgeon said on Friday her semi-autonomous government in Edinburgh would next week publish a detailed case for a transfer of power from London that would allow her to hold a second independence referendum.

“Scotland very clearly wants a different future to the one that’s been chosen by much of the rest of the UK, and Scotland wants to have the right to choose its own future,” she said on Saturday.

By In Cyprus
Previous articleTurkey must show respect to the international law and to the EU leaders, Cyprus Government Spokesman tells CNA
Next articleAnger erupts at U.N. climate summit as major economies resist bold action