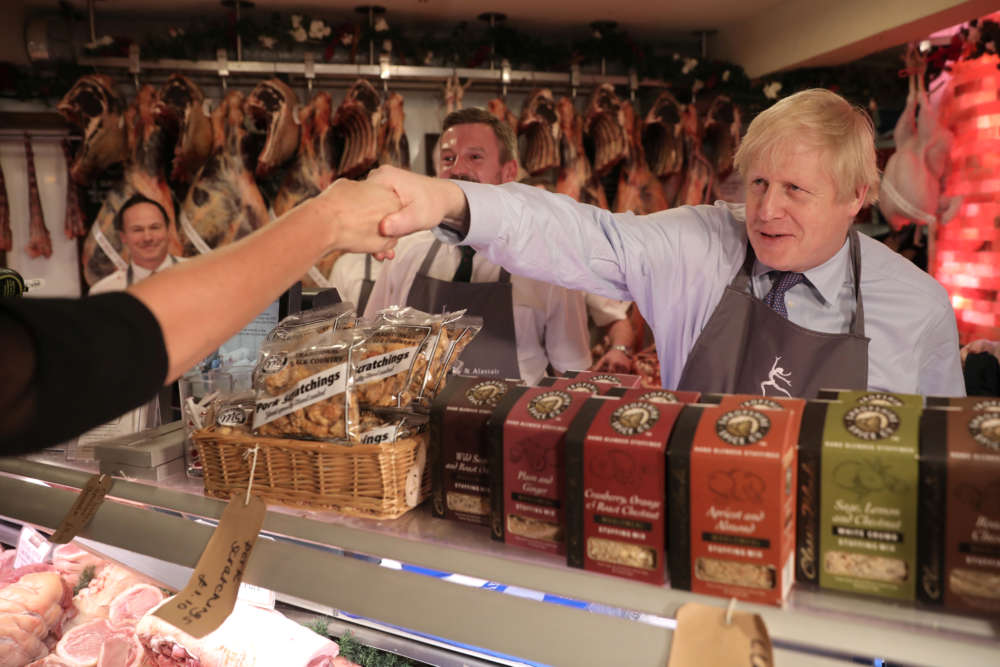 Prime Minister Boris Johnson said it was best if U.S. President Donald Trump did not get involved in Britain’s upcoming election when he visits London for a NATO summit next week.

“The best (thing) when you have close friends and allies like the U.S. and the UK is for neither side to get involved in each other’s election,” he told LBC radio.

Trump has already waded into the election, saying in October left-wing opposition leader Labour Party, Jeremy Corbyn, would be “so bad” for Britain and that Johnson should do a pact with Brexit Party leader Nigel Farage.

Corbyn has used Trump’s praise of Johnson as one of his focal messages to attack the Conservatives in his campaign, saying they would sell off parts of the much-loved state-run National Health Service to the U.S. businesses after Brexit if they win the election.

The Sun newspaper reported on Friday that senior Conservative Party figures feared he could say something during his two-day visit that upsets their campaign.

The president has not shied away from wading into British politics on previous visits, including criticism of Johnson’s predecessor Theresa May’s Brexit policy.

Trump, who is due to arrive in London on Dec. 2, is likely to be asked about his attitude to future trade talks and whether the NHS should be included, having previously said everything should be on the table.

However, Johnson said he would walk out of trade negotiations if including the health service was a pre-condition.

“First of all the NHS is not for sale. Under no circumstances will this government or any Conservative government do anything to put the NHS up for negotiation in trade talks or privatising anything like that,” he said.

“I can tell you were the United States, or any other country, to insist on that as condition of talks we would simply walk out.”

During his hour-long appearance on LBC, where questions were put to him by listeners, he vowed that Britain would leave the EU by Jan. 31 if his party won a working majority in parliament.

However, he declined to say how many children he had, saying that he would not “put them on the pitch” ahead of the Dec. 12 election.

“I love my children very much, but they are not standing at this election, and I am not therefore going to comment,” said Johnson, whose colourful love life has attracted tabloid attention in the past.

When asked if he was going to have more children, Johnson, 55, who is living at Downing Street with his partner Carrie Symonds after separating from his wife last year, said: “I’m not going to get into discussions (on this).”