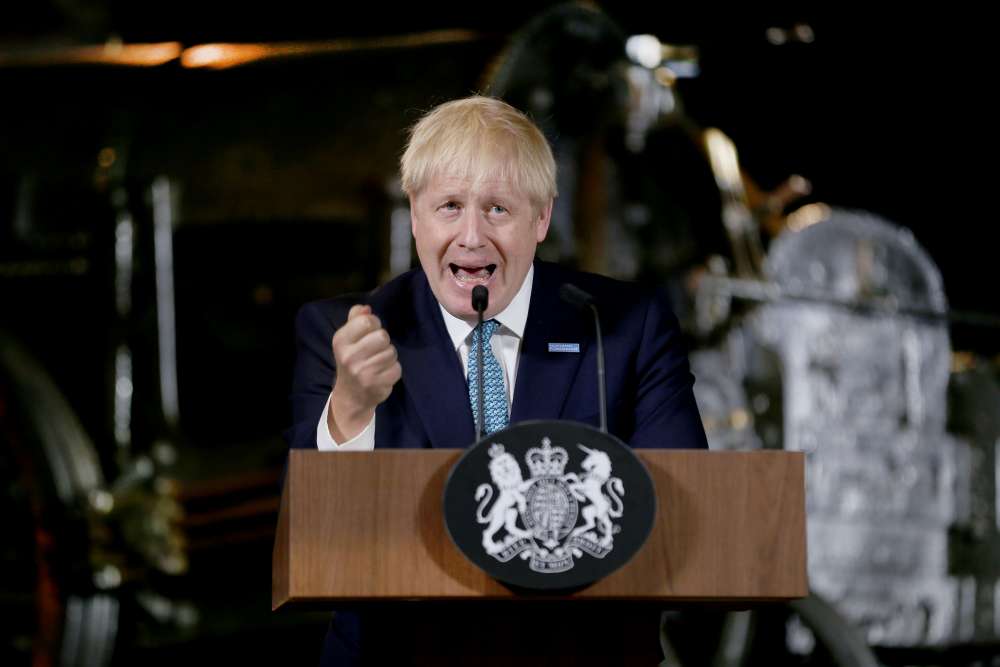 Britain’s Boris Johnson will make his first visit to Scotland as prime minister on Monday, his office said, as his Conservative Party’s leader there said she would refuse to support a no-deal Brexit.

Johnson took office on Wednesday with a pledge to deliver Britain’s exit from the European Union by Oct. 31 “no ifs or buts” and the government is ramping up preparations for “no deal” — something some senior politicians have warned could make the break up of the United Kingdom more likely.

Scotland rejected independence by a 55-45% majority in 2014 but then voted to stay in the EU at the 2016 Brexit referendum, fuelling calls for a second independence vote from those who argue it is being taken out of the bloc against its wishes.

On Monday Johnson will visit a military base in Scotland as part of a tour of the United Kingdom to announce extra funding for local communities.

His office said he was also planning a trip to Wales to meet local farmers and to Northern Ireland to discuss ongoing talks to restore its devolved executive.

“Our Union is the most successful political and economic union in history. We are a global brand and together we are safer, stronger and more prosperous,” Johnson said in a statement ahead of the visit.

“So as we prepare for our bright future after Brexit, it’s vital we renew the ties that bind our United Kingdom.”

Johnson’s promise to deliver Brexit, with or without a deal, has put him at odds with some in his party who oppose a “no deal” exit – including its Scottish leader Ruth Davidson. His office did not say whether he would meet Davidson on Monday.

“When I was debating against the pro-Brexit side in 2016, I don’t remember anybody saying we should crash out of the EU with no arrangements in place to help maintain the vital trade that flows uninterrupted between Britain and the European Union,” Davidson wrote in the Sccottish Mail on Sunday newspaper.

“I don’t think the government should pursue a no-deal Brexit and, if it comes to it, I won’t support it.”

Last week, Scotland’s nationalist leader Nicola Sturgeon wrote to Johnson telling him his Brexit plans would hurt the Scottish economy and that she would continue preparations for a second independence referendum.

Johnson will use the visit to announce 300 million pounds ($371 million) of new funding for so-called “Growth Deals” across Scotland, Wales and Northern Ireland, which provide investment for local businesses and projects.

It follows a trip to the north of England over the weekend to set out plans to boost investment in local services in a push to address frustrations among voters that led to the vote to leave the EU.