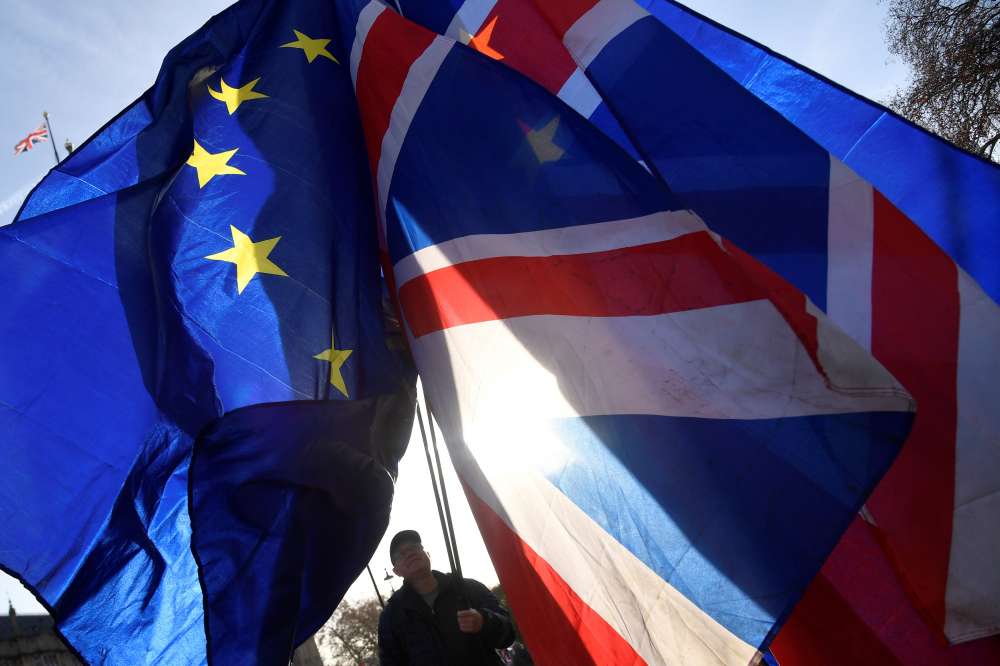 Britain will begin rehearsals for the possible chaos of a no-deal Brexit on Monday by testing how the road network copes with a tailback of around 150 lorries caused by disruption at its most important trading gateway to continental Europe.

Prime Minister Theresa May is trying to force her Brexit deal through parliament but if it is rejected then the United Kingdom will either leave without a deal at 2300 GMT on March 29 or have to delay Brexit.

May has repeatedly warned that if lawmakers do not approve her deal then the world’s fifth largest economy will leave the EU without one, a nightmare scenario for many big businesses who fear disruption to trade.

Britain will hold a trial run on Monday of its plans for dealing with long queues of lorries at the port of Dover caused by disruption to cross-Channel traffic in the event of a no-deal Brexit, the Department for Transport said.

The test will involve driving around 150 trucks between a local airport, which will be used as a lorry park, and Dover in southeast England to see if it clogs up the road network.

“We do not want or expect a no-deal scenario and continue to work hard to deliver a deal with the EU,” a spokeswoman for the Department for Transport said.

“However, it is the duty of a responsible government to continue to prepare for all eventualities and contingencies, including a possible no-deal.”

May’s government has repeatedly warned of the disruption a no-deal Brexit would unleash on everything from pet tourism to the import of crucial medicines and supply chains that criss-cross Europe and beyond.

Brexit supporters say that, while there may be some short-term disruption, in the long-term the UK will thrive outside what they cast as an undemocratic and excessively bureaucratic project dominated by Germany.

Amid the uncertainty over the future course of Brexit, the British economy is showing clear signs of slowing.

The housing market is stagnating, services companies have reported crisis-like pessimism and lending to British consumers grew in November at its slowest pace in nearly four years.

Facing defeat in parliament last month, May postponed a vote on her deal and pledged to seek further political and legal assurances from the EU. The EU has signalled it may try to allay the fears of May’s critics but will not renegotiate the deal.

The parliamentary vote is now due to take place in the week of Jan. 14 and the government has repeatedly tried to underscore the economic dangers of a no-deal Brexit.

Pro-Europeans fear Britain’s exit will undermine the West as it grapples with Donald Trump’s unpredictable U.S. presidency and growing assertiveness from Russia and China. It will weaken Europe’s economy and remove one of its only two nuclear powers.

May suffered a fresh blow on Friday when a survey showed most rank-and-file members of her Conservative Party oppose her Brexit deal and would prefer to leave the EU without one.

May needs 318 votes to get the deal she struck with Brussels in November through parliament, yet 117 of her Conservative Party’s 317 lawmakers voted against her in a confidence vote on Dec. 12.

This means she would need the support of some of the 257 lawmakers in the main opposition Labour Party, which has repeatedly said it will not back the deal.

Of 1,215 Conservative Party members questioned in Friday’s YouGov survey, 59 percent opposed May’s deal and 76 percent said warnings over the risks of disruption in the event of a no-deal were “exaggerated or invented”.