UK lawmakers back bid to hamper a no-deal Brexit 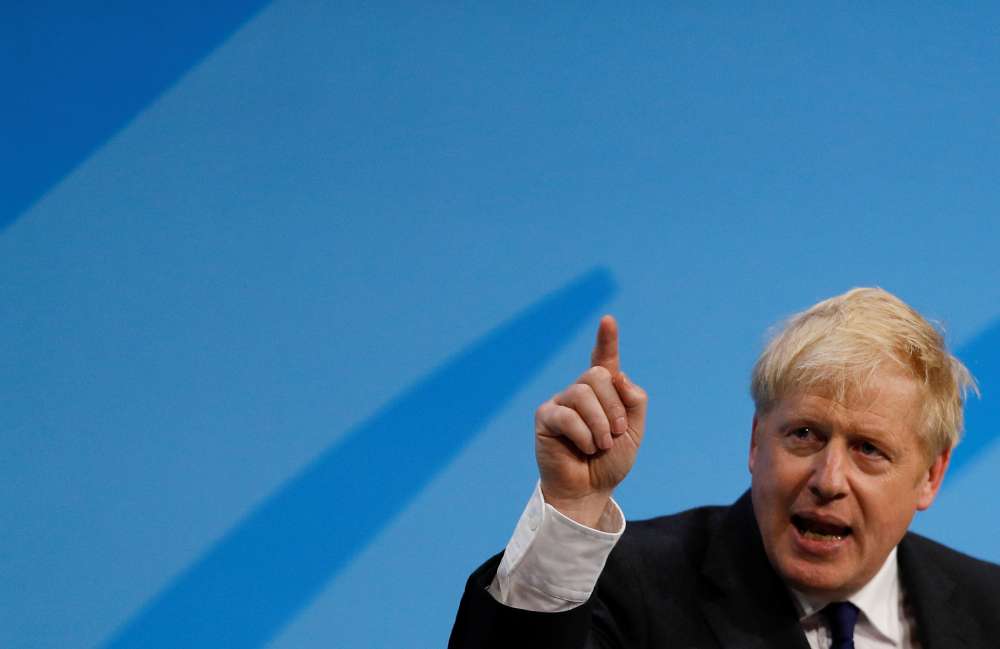 British lawmakers on Thursday backed proposals to make it harder for the next prime minister to force through a no-deal Brexit by suspending parliament, showing again their determination to stop a divorce from the EU without agreement.

Boris Johnson, the frontrunner to succeed Prime Minister Theresa May next week, has said Britain must leave the European Union on Oct. 31 with or without a deal.

He has refused to rule out suspending, or proroguing, parliament to prevent lawmakers from passing legislation to block his exit plan if he tries to exit without a deal.

Lawmakers backed a proposal by 315 to 274 that would require parliament to be sitting to consider Northern Irish affairs for several days in September and October even if it was suspended.

They also backed a requirement for ministers to make fortnightly reports on progress towards re-establishing Northern Ireland’s collapsed executive, to give lawmakers an opportunity to debate and approve those reports and if, parliament has been suspended, to recall it in order to do so.

The measures do not amount to an outright block on suspending parliament but could make it much more difficult to bypass parliament.

A junior culture minister was among those who rebelled against the Conservative government to vote for the measure while media reported some senior government figures, including finance minister Philip Hammond who are likely to be sacked if Johnson wins the top job, abstained.

The three-year Brexit crisis is deepening as Johnson’s plan to leave the EU “do or die” on Oct. 31 sets Britain on a collision course with the bloc’s 27 other leaders and many lawmakers in the British parliament.

Earlier on Thursday, the Office for Budget Responsibility, the budget watchdog, warned Britain might be entering a full-blown recession that a no-deal exit from the European Union would compound, blowing a 30 billion-pound hole in the public finances.

The OBR said the economy probably flat-lined or might have contracted in the second quarter.

Britain’s economy slowed by less than feared after the 2016 Brexit referendum. But many investors are worried about a sharp downturn now with the latest Brexit deadline approaching on Oct. 31 and the world economy slowing because of trade tensions.

A no-deal Brexit could cause the economy to contract by 2% by the end of 2020, the OBR said, referring to International Monetary Fund forecasts.