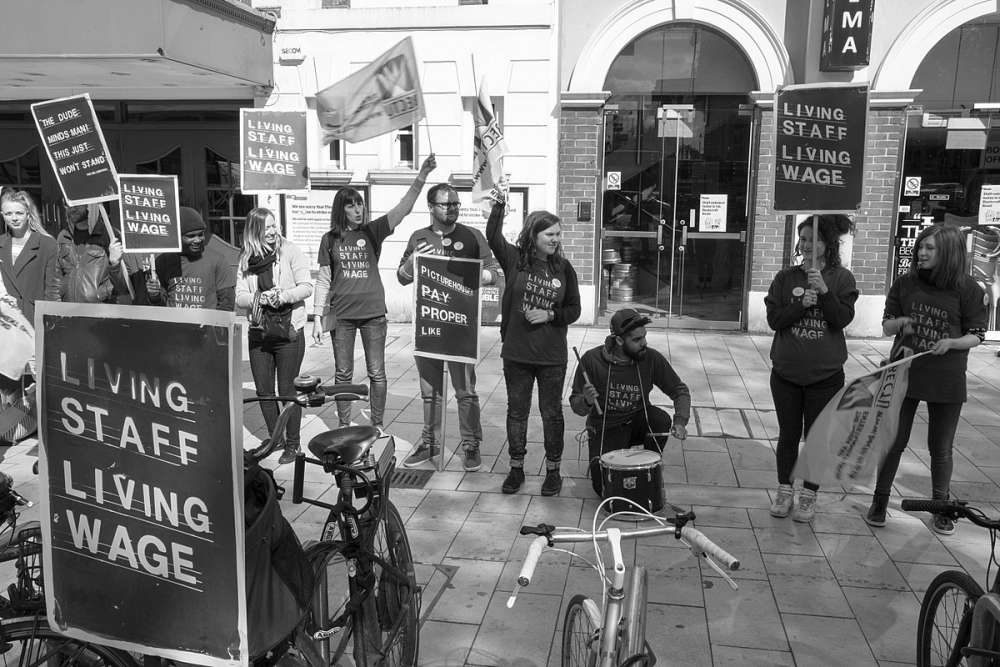 The UK government has inflicted “great misery” on its people with “punitive, mean-spirited, and often callous” austerity policies driven by a political desire to undertake social re-engineering rather than economic necessity, Philip Alston, UN rapporteur on extreme poverty and human rights found.

Alston who was in a two-week fact-finding mission to the UK, said that about 14 million people, a fifth of the population, live in poverty and 1.5 million are destitute, being unable to afford basic essentials, he said, citing figures from the Institute for Fiscal Studies and the Joseph Rowntree Foundation. He highlighted predictions that child poverty could rise by 7% between 2015 and 2022, possibly up to a rate of 40%.

Levels of child poverty were “not just a disgrace, but a social calamity and an economic disaster”, even though the UK is the world’s fifth largest economy, Alston said.

“It is patently unjust and contrary to British values that so many people are living in poverty,” he said, adding that compassion had been abandoned during almost a decade of austerity policies that had been so profound that key elements of the postwar social contract, devised by William Beveridge more than 70 years ago, had been swept away.

In a  24-page report, which will be presented to the UN human rights council in Geneva next year, Alston said that poverty in the UK is “a political choice.”

He told a press conference in London:

Alston’s report follows similar audits of extreme poverty in China, Saudi Arabia, Ghana, Mauritania and the US. Donald Trump’s White House administration launched a furious response after the US was accused of pursuing policies that deliberately forced millions of Americans into financial ruin while lavishing vast riches on the super-wealthy.

After visiting towns and cities including London, Oxford, Cardiff, Newcastle, Glasgow and Belfast, Alston said that it is “obvious to anyone who opens their eyes to see the immense growth in food banks and the queues waiting outside them, the people sleeping rough in the streets, the growth of homelessness, the sense of deep despair that leads even the government to appoint a minister for suicide prevention and civil society to report in depth on unheard-of levels of loneliness and isolation”.

He called for the elimination of the five-week delay in receiving benefits under the universal credit system, which has plunged many into destitution. Flaws in its design and implementation harmed claimants’ mental health, finances and work prospects, and benefits sanctions were “harsh and arbitrary”. Vulnerable claimants “struggled to survive”, he said.

The ministers he met – including Esther McVey, who was the work and pensions secretary until Thursday, when she resigned over the Brexit deal – were almost entirely dismissive of criticisms of welfare changes and universal credit, he said. Instead, they described critics as political saboteurs or said they failed to understand how it worked.

He highlighted the chancellor’s decision in this month’s budget to give a tax cut to the rich rather than using that money to alleviate poverty for millions, adding: “Austerity could easily have spared the poor, if the political will had existed to do so.”

Alston said the government was in a state of denial and there was a “striking disconnect” between what ministers said and the testimonies he heard from ordinary people.

“Even while devolved authorities in Scotland and Northern Ireland are frantically trying to devise ways to ‘mitigate’, or in other words counteract, at least the worst features of the government’s benefits policy, ministers insisted to me that all is well and running according to plan.”

He said he had met people who did not have a safe place for their children to sleep, people who had sold sex for money or shelter, young people who felt gangs were the only way out of destitution, and people with disabilities who were being told they needed to go back to work or lose support, against their doctors’ orders. He described how town hall budgets had been “gutted” in England resulting in a record sell-off of libraries and parks and closures of youth centres.

“I have also seen tremendous resilience, strength and generosity, with neighbours supporting one another, councils seeking creative solutions and charities stepping in to fill holes in government services,” he said.

On food banks, he said: “I was struck by how much their mobilisation resembled the sort of activity you might expect for a natural disaster or health epidemic.”

A common theme of the testimonies he heard was the impact on people’s mental health and feelings of loneliness and fear. “I was surprised by the talk of suicide, by the people I met who said they had considered suicide … There are some pretty serious mental health dimensions.”

In his conclusion, Alston called for “the legislative recognition of social rights” in the UK, a move that has long been resisted by UK governments but which is the status quo in countries such as Sweden and Germany.

(With information from the Guardian)