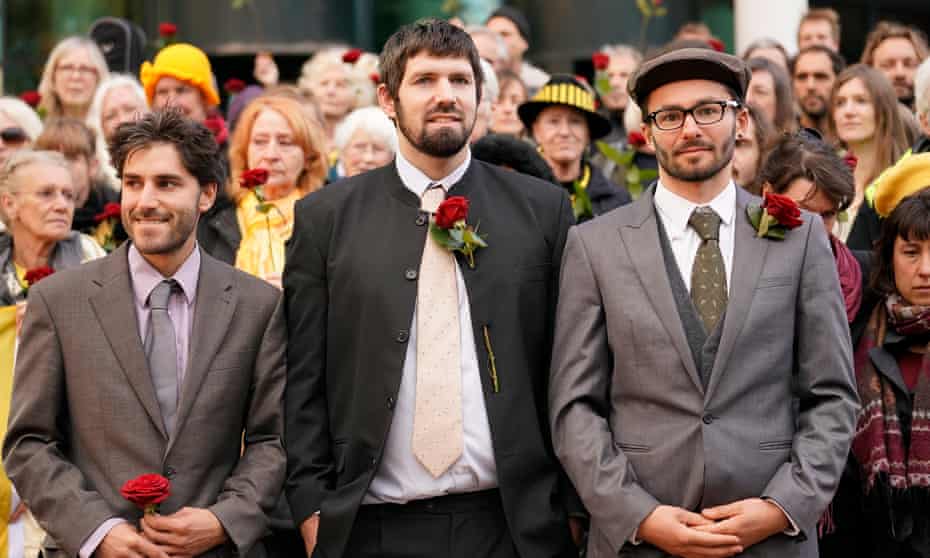 British Cypriot Richard Loizou and two other environmental activists who became the first people to be jailed for an anti-fracking protest in the UK are to appeal against their sentences amid growing anger over their “excessive and extraordinary” punishments, the Guardian newspaper has reported.

Simon Roscoe Blevins, 26, and Richard Roberts, 36, were sentenced to 16 months in prison, and Loizou, 31, was given 15 months after a jury at Preston crown court convicted them of causing a public nuisance, it said.

Kirsty Brimelow QC, the head of the international human rights team at Doughty St Chambers, who is leading the appeal on a pro bono basis, said: “We are applying to the court of appeal for expedition of the appeal. We are fortunate in this country that there is this option. The core submission in this case was made at Preston crown court – that it is wrong to lock up peaceful protesters.”

Friends, family and supporters of the three men will stage a solidarity demonstration outside HMP Preston, where they are being held.

According to  Facebook post on incident, the activists spent up to four days on top of a convoy of lorries carrying drilling equipment into a nearby fracking site.

They are the first environmental activists to receive jail sentences since 1932.

The shadow chancellor, John McDonnell has called on the government to intervene in the case, describing the imprisonment of peaceful protesters in “a supposedly democratic and civilised society” as unacceptable.

On Wednesday, more than 20 MEPs from the Greens/European Free Alliance group stood together at the European parliament in Strasbourg to express their solidarity with the group. And more than 1,000 academics have signed a letter calling for a parliamentary inquiry of the sentences.

The judge said he thought they posed a risk of reoffending and could not be rehabilitated as “each of them remains motivated by an unswerving confidence that they are right.”

Planton Loizou, a former tour operator and the father of Richard Loizou, will attend his first political protest in more than 40 years.

“It’s pointless putting them in prison, because what this has done is turn me and his mother and the rest of the family into activists,” he said. “I was a Conservative through and through for the first 32 years of my voting life. My wife wasn’t and I didn’t listen to her and that was a mistake,”  he told the Guardian.