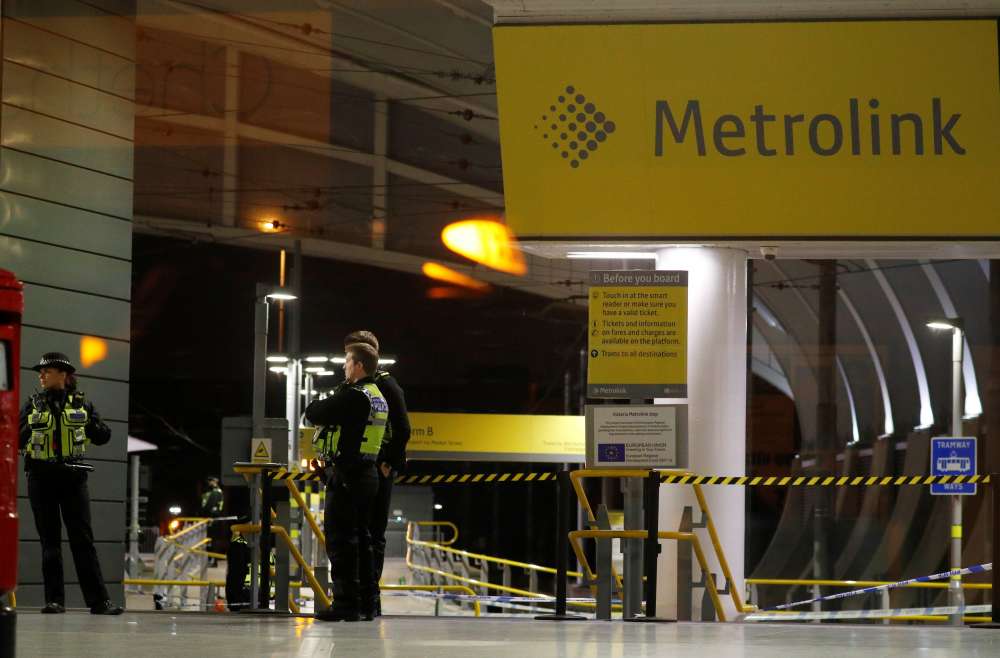 Police were, however, keeping an open mind as there was no intelligence suggesting a wider threat, the Greater Manchester Police said in a statement posted on Twitter. They said a man is in custody and those injured were in a “serious” but not life-threatening condition.

The stabbings occurred at about 8:50 p.m.

“Tonight’s events will have understandably worried people but I need to stress that the incident is not ongoing, a man is in custody and there is currently no intelligence to suggest there is any wider threat at this time,” Assistant Chief Constable Rob Potts said in a statement.

Police said the man in custody is being held for “questioning on suspicion of attempted murder.”

Britain is currently on its second-highest threat level of severe, meaning an attack is considered highly likely and security officials say they are facing record levels of work in countering Islamist militants as well as far-right extremists after four major attacks last year.

Manchester itself was the scene of a suicide bomb attack in May 2017 that killed 22 people as they left an Ariana Grande concert.

A Reuters witness in Manchester said there were police officers around the train station, which remained closed several hours after the incident. All was calm as New Year revellers, including children, walked past.

A BBC producer who was a witness at the station described the attacker as wielding a large kitchen knife and who linked his actions to “bombings in other countries”.

“I heard the man say, As long as you keep bombing these countries this is going to keep happening,” the producer, Sam Clack, told BBC 5 Live radio. “It was very very scary,” Clack said.

By In Cyprus
Previous articleRain and thunderstorms; met office yellow alert in force until 11 pm
Next articleN.Korea’s Kim says ready to meet Trump but warns of ‘new path’