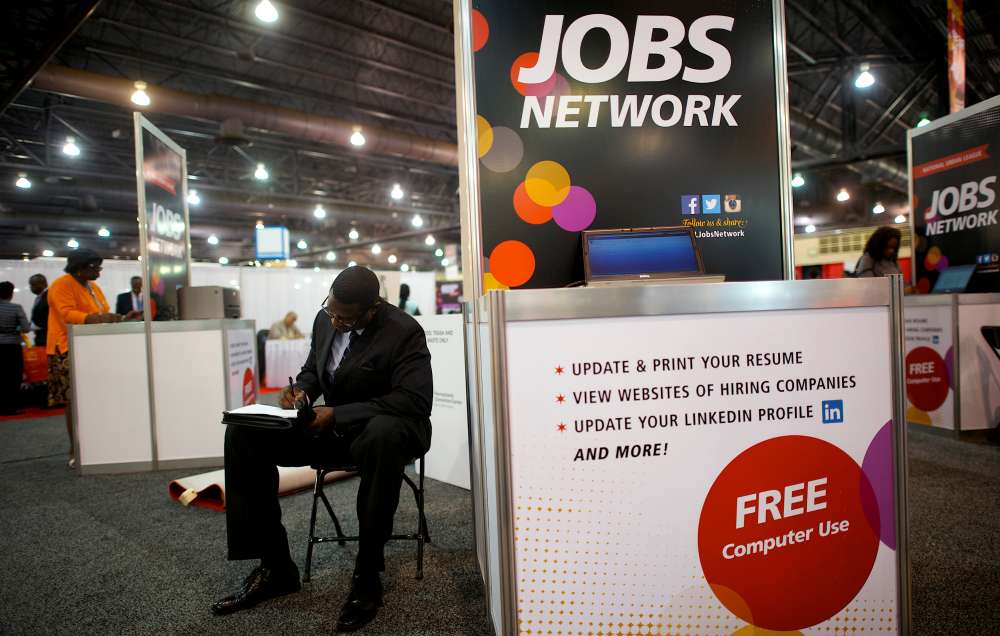 The number of Americans filing applications for unemployment benefits fell to more than a 49-year low last week, but the drop likely overstates the health of the labor market as claims for several states including California were estimated.

Still, labor market conditions remain strong, which for now should help to temper fears of a sharp slowdown in economic growth. The economy is facing several headwinds, including a month-long partial shutdown of the federal government, which is starting to hurt both consumer and business confidence.

Initial claims for state unemployment benefits dropped 13,000 to a seasonally adjusted 199,000 for the week ended Jan. 19, the lowest level since mid-November in 1969 when 197,000 applications were recorded, the Labor Department said on Thursday. Data for the prior week was revised lower to show 1,000 fewer applications received than previously reported.

U.S. Treasury yields held at session lows after the data. Major U.S. stock index futures had been trading higher earlier in the morning but fell after U.S. Commerce Secretary Wilbur Ross said the United States and China were “miles and miles” from resolving their trade dispute.

The dollar was stronger against a basket of currencies.

The partial shutdown of the federal government so far appears to be having a limited impact on the claims data. The number of federal workers filing for jobless benefits rose 14,965 to 25,419 in the week ending Jan. 12. Claims by federal workers are reported separately and with a one-week lag.

About one-quarter of federal agencies have been shuttered since Dec. 22, impacting 800,000 government employees, with many working without pay and others furloughed. All workers will be paid retroactively when the shutdown ends.

But economists expect the longest shutdown in history will push the unemployment rate above 4.0 percent in January as the furloughed workers would be considered unemployed.

The jobless rate rose two-tenths of a percentage point to 3.9 percent in December as strong labor market conditions attracted some unemployed people back into the labor force.

Thursday’s claims report showed the number of people receiving benefits after an initial week of aid decreased 24,000 to 1.71 million for the week ended Jan. 12.

The four-week moving average of the so-called continuing claims rose 1,250 to 1.73 million. The continuing claims data covered the week of the household survey from which January’s unemployment rate will be calculated.

President Donald Trump is demanding $5.7 billion to build a wall along the U.S. border with Mexico. Democratic lawmakers have refused to provide the funding for the wall.

The Commerce Department is one of the agencies whose funding has lapsed as a result of the deadlock in Washington.

The publishing of data produced by the department’s Bureau of Economic Analysis and Census Bureau has been suspended, leaving economists, investors, businesses and policymakers in the dark about the economy’s health.

The limited data available from independent institutions, including the Federal Reserve suggests the economy slowed in the fourth quarter and continued to lose momentum in early 2019.

Home resales plummeted in December and consumer sentiment tumbled to more than a two-year low in January.

Some regional Fed manufacturing surveys have weakened in January. Economists estimate the shutdown is subtracting at least two-tenths of a percentage point from quarterly GDP growth every week.

Some Wall Street banks, including JPMorgan and Barclays, have slashed their first-quarter GDP growth forecasts to as low as a 2.0 percent annualized rate from as high as a 3.0 percent pace.

Growth estimates for the fourth quarter are around a 2.8 percent rate. The economy grew at a 3.4 percent pace in the July-September quarter.

Other headwinds for the economy include higher interest rates, a fading boost from a $1.5 trillion tax cut package and slowing growth in China and Europe.