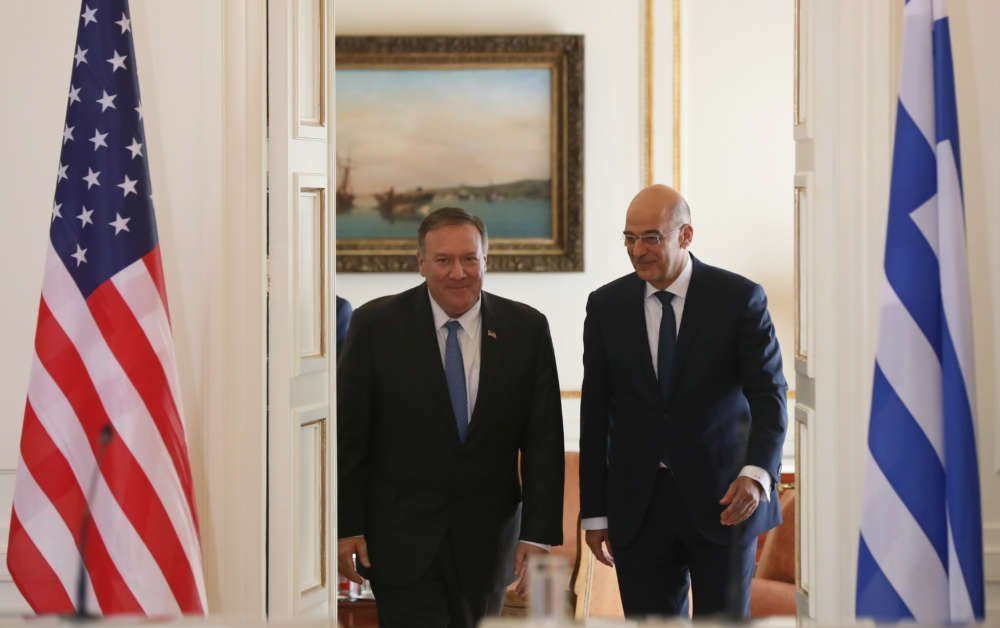 There are rules in exploring energy resources in the Mediterranean Sea, U.S. Secretary of State Mike Pompeo said on Saturday, warning Turkey not to engage in drilling activity that is “illegal” and “unacceptable”.

“We’ve made clear that operations in international waters are governed by a set of rules. We’ve told the Turks that illegal drilling is unacceptable and we’ll continue to take diplomatic actions to … ensure that lawful activity takes place,” he said during a visit to Greece.

Tensions between Cyprus and Turkey over offshore drilling have intensified after Ankara sent a drilling ship to an area already licensed by Nicosia to Italian and French energy companies.

Earlier on Saturday, Greek Prime Minister Kyriakos Mitsotakis urged the United States to use its clout to defuse tensions in the Eastern Mediterranean, where Cyprus and Turkey are locked in a dispute over offshore rights.

Mitsotakis told Pompeo that Turkish moves south of the island in recent days were a “flagrant violation” of Cyprus’ sovereign rights.

Turkey and Greece are allies in NATO but long at loggerheads over Cyprus, which has been ethnically split between Greek and Turkish Cypriots since 1974.

“The United States have a particular interest in the Eastern Mediterranean region. Cyprus is only asking for the self-evident, the implementation of international law,” Mitsotakis told Pompeo, who is visiting Greece on the last leg of a trip to southern Europe.

Pompeo referred to the issue after meeting Greek Foreign Minister Nikos Dendias. He said the United States would work to help the parties involved find mutually agreeable solutions and that it was eager to extend its partnership with Greece on energy issues.

A Turkish drill ship, the Yavuz, is currently 50 nautical miles off Cyprus. Turkish Energy Minister Fatih Donmez said on Saturday that drilling would start “as soon as possible”.

In his remarks, Pompeo also said that the relationship between Greece and the United States “has truly never been stronger” and that he was very confident that Greece can be a pillar for stability in this region.

But he also added that he was concerned about Chinese investments in infrastructure, an issue also raised during his visit to North Macedonia on Friday.

Greece and the United States have traditionally close relations even though many blame Washington for its tacit support to a military junta that ruled Greece between 1967 and 1974. Protest marches to the U.S. Embassy are an annual event.

As Pompeo visited town, groups of protesters marching to the U.S. Embassy on Saturday clashed with police, who fired teargas to disperse them.

Earlier, several hundred demonstrators had gathered in Athens’s main Syntagma square, chanting “Americans, Murderers of Peoples” to protest against the amendment of a defence agreement between the two countries concerning U.S. military bases in Greece.

They held banners reading “Pompeo go home – No to the Greece-USA agreement”.