U.S. sinks Arctic accord due to climate change differences 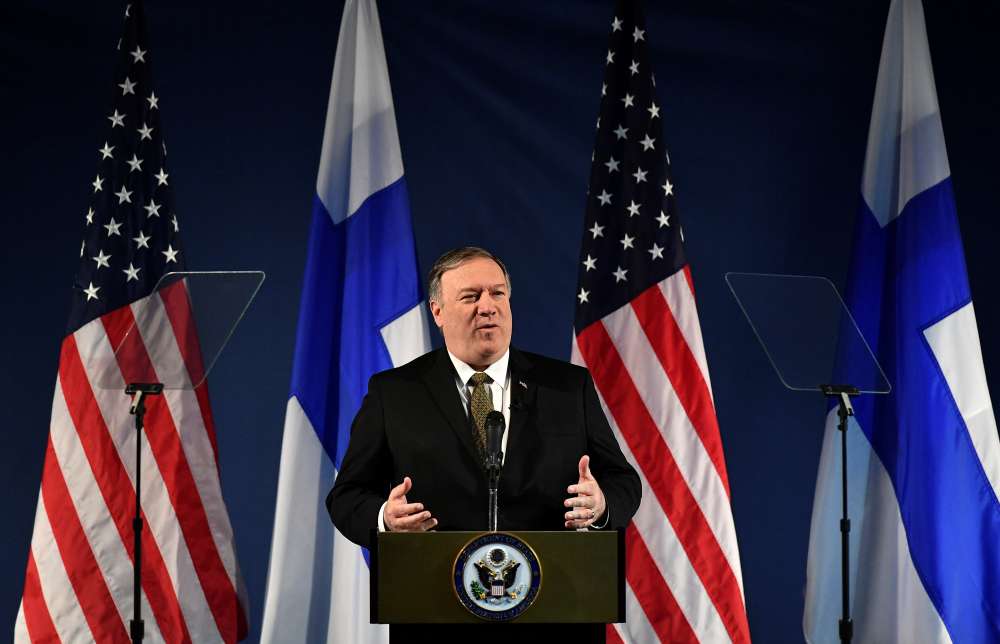 The United States has refused to sign an agreement on challenges in the Arctic due to discrepancies over climate change wording, diplomats said on Tuesday, jeopardising cooperation in the polar region at the sharp edge of global warming.

Temperatures in the Arctic are rising at twice the rate of the rest of the globe, and melting ice has opened vast untapped oil and gas reserves to potential commercial exploitation.

A meeting of nations bordering the Arctic in Rovaniemi in northern Finland on Tuesday was supposed to frame a two-year agenda to balance the challenges of climate change with sustainable development of mineral wealth.

But Finland’s Foreign Minister Timo Soini said the joint declaration was “off the table” and would be replaced by a short statement from ministers attending the conference.

A diplomatic source with knowledge of the discussions said the United States balked at signing as it disagreed with wording in the declaration stating that climate change was a serious threat to the Arctic. A second source confirmed that.

It was the first time a declaration had been cancelled since the Arctic Council was formed in 1996. The U.S. delegation could not immediately be reached for a comment.

Addressing the Council, U.S. Secretary of State Mike Pompeo said President Donald Trump’s administration “shares your deep commitment to environmental stewardship” in the Arctic. But he said collective goals were not always the answer.

“They are rendered meaningless and even counter-productive as soon as one nation fails to comply,” he said.

Agreements between countries are non-binding.

President Trump has frequently expressed scepticism about whether global warming is a result of human activity and has stood by his 2017 decision to withdraw from the Paris climate accord signed by almost 200 governments in 2015. That has put him at odds with campaigners and many other countries.

“A climate crisis in the Arctic is not a future scenario, it is happening as we speak,” Swedish Foreign Minister Margot Wallstrom said in her address to the Council.

The Paris accord agreed to limit a rise in average global temperatures to “well below” 2C (3.6F) above pre-industrial times by 2100. Worldwide, temperatures are up about 1C (1.8F).

Austria will extend its COVID-19 lockdown, with the goal to start easing restrictions from Feb. 8, the government said. The catering sector and tourism will...
Read more
World

Britain’s government hopes it can meet its target for rolling out COVID-19 vaccines and be able to consider easing lockdown restrictions by March, foreign...
Read more