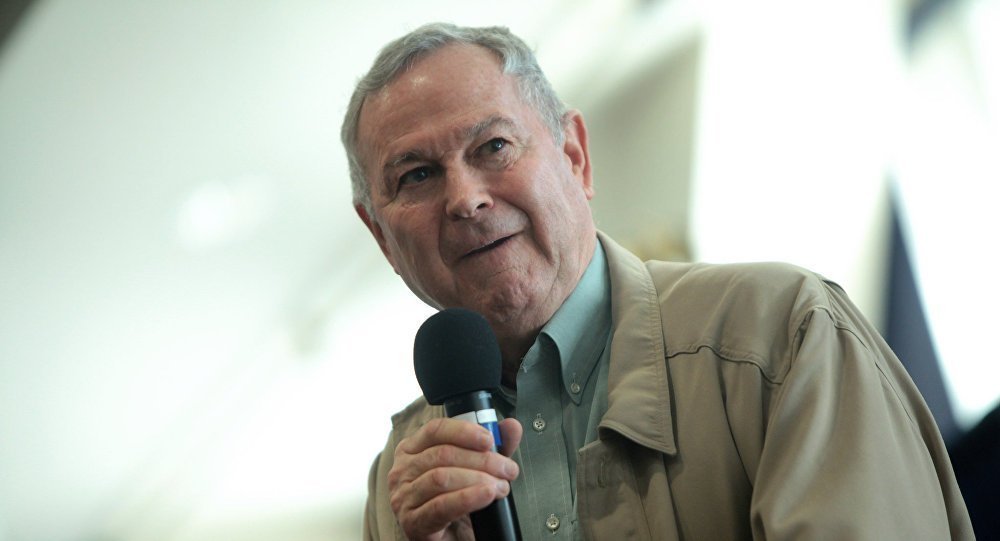 A Republican congressman filmed for Sacha Baron Cohen’s satirical television series who appeared to back a fictitious scheme to train toddlers to use guns said on Monday that he was the victim of “a sick fraud.”

California congressman Dana Rohrabacher was one of two Republican politicians filmed for an episode of “Who is America?”, a series for cable’s Showtime in which the British prankster assumes personas to satirize U.S. political and cultural life in the era of President Donald Trump.

In the first episode, aired on Sunday, Baron Cohen posed as an Israeli anti-terror expert who asked two U.S. congressmen to support his fictional Israeli program “Kinderguardians” to teach kindergartners how to use guns.

Asked on Monday to comment, Rohrabacher said in a statement, “Cohen’s people apparently used footage from an interview I submitted to earlier this year for a bogus Israeli television company supposedly celebrating the country’s 70th anniversary. In that interview, which was not with Cohen, I spoke broadly of training young people at a responsible age in self-defense.

“At no time did I endorse training toddlers in handling guns. Nor was the idea even presented to me directly. If it had been, I would have rejected it,” he said.

“I love good satire, but good satire must reveal some basis in truth. This was fraud, a sick fraud at that, and its intention was to deceive the American people for political purposes.”

Rohrabacher did not respond to a request for comment on whether he would take further action.

Rep. Joe Wilson of South Carolina and former Senator Trent Lott, who is now a lobbyist at a Washington law firm, were also filmed appearing to lend support to the scheme. Neither Wilson nor Lott replied to requests for comment.

Showtime and Baron Cohen, who has made a comedy career out of pulling pranks on public figures, declined to comment on Rohrabacher’s statement.

By In Cyprus
Previous articleTwo held after armed robbery at Larnaca bakery
Next articleU.S. lawmakers slam Trump as ‘weak’ in Russia summit;