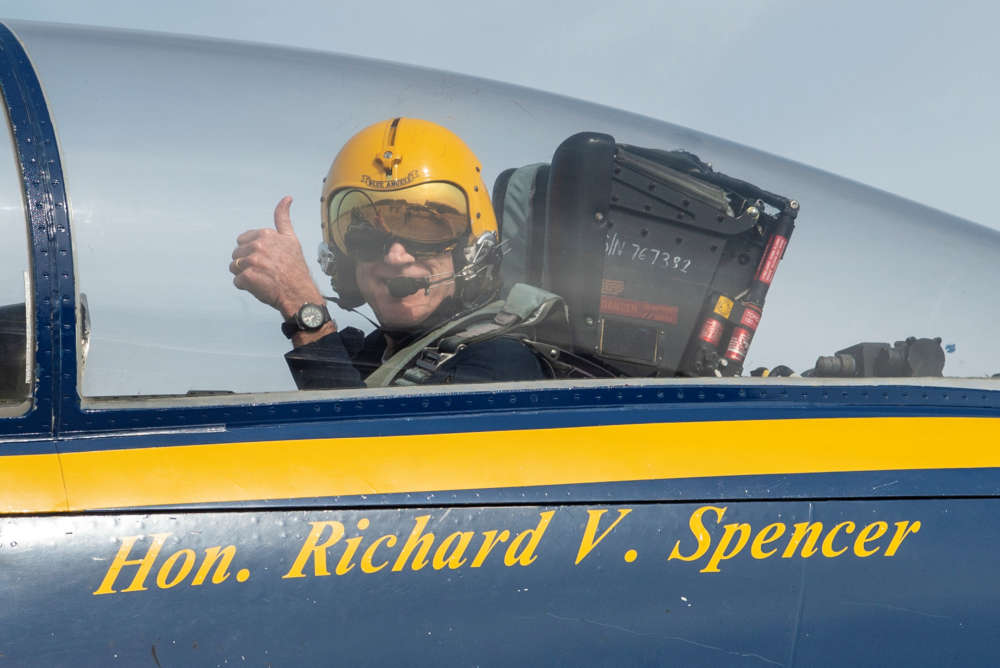 U.S. Defence Secretary Mark Esper fired the Navy’s top civilian on Sunday over his handling of the case of a Navy SEAL who was convicted of battlefield misconduct in Iraq and later won the support of President Donald Trump.

Esper also determined that the sailor in question, Special Operations Chief Edward Gallagher, should be allowed to retain his Trident pin designating him as a SEAL – effectively ending the Navy’s efforts to carry out a peer review that could have ousted him from the elite force.

Trump, who publicly opposed taking away Gallagher’s Trident pin and had intervened in the case to restore his rank, cheered the moves.

“Eddie will retire peacefully with all of the honours that he has earned, including his Trident Pin,” Trump said on Twitter.

The fired Navy Secretary Richard Spencer last week suggested a possible split with Trump by telling Reuters that Gallagher should still face a peer review board.

The SEAL was acquitted by a military jury in July of murdering a captured and wounded Islamic State fighter in Iraq by stabbing him in the neck, but it convicted him of illegally posing with the detainee’s corpse. That had led to his rank being reduced.

The White House said in November that Trump had restored Gallagher’s rank and had pardoned two Army officers accused of war crimes in Afghanistan. Critics had said such actions would undermine military justice and send a message that battlefield atrocities will be tolerated.

In a letter acknowledging his termination, and seen by Reuters, Spencer took parting shots at Trump and defended the need to preserve “good order and discipline throughout the ranks” — something Navy officials had believed the peer review board would help ensure.

“The rule of law is what sets us apart from our adversaries,” Spencer wrote.

“Unfortunately it has become apparent that in this respect, I no longer share the same understanding with the Commander in Chief who appointed me.”

Chuck Schumer, the top Democrat in the U.S. Senate, commended Spencer for “standing up to President Trump when he was wrong, something too many in this administration and the Republican Party are scared to do.”

Pentagon spokesman Jonathan Hoffman offered a different version of events leading up to Spencer’s dismissal, saying Spencer also had a private line of communications with the White House.

“Secretary Spencer had previously and privately proposed to the White House – contrary to Spencer’s public position – to restore Gallagher’s rank and allow him to retire with his Trident pin,” Hoffman said.

Esper decided to ask for Spencer’s resignation after “losing trust and confidence in him regarding his lack of candour over conversations with the White House,” Hoffman said.

Esper had favoured letting the review process “play itself out objectively and deliberately, in fairness to all parties,” Hoffman said. But that now appeared impossible.

“At this point, given the events of the last few days, Secretary Esper has directed that Gallagher retain his Trident pin,” Hoffman said.

Trump said he would nominate the U.S. envoy to Norway, Ken Braithwaite, to replace Spencer as Navy Secretary.

In an appearance on Fox News Channel on Sunday, Gallagher indicated that he hoped to retire next Saturday, “without the board” convening to decide whether he could continue to be a SEAL, considered among the most elite of U.S. fighting forces.