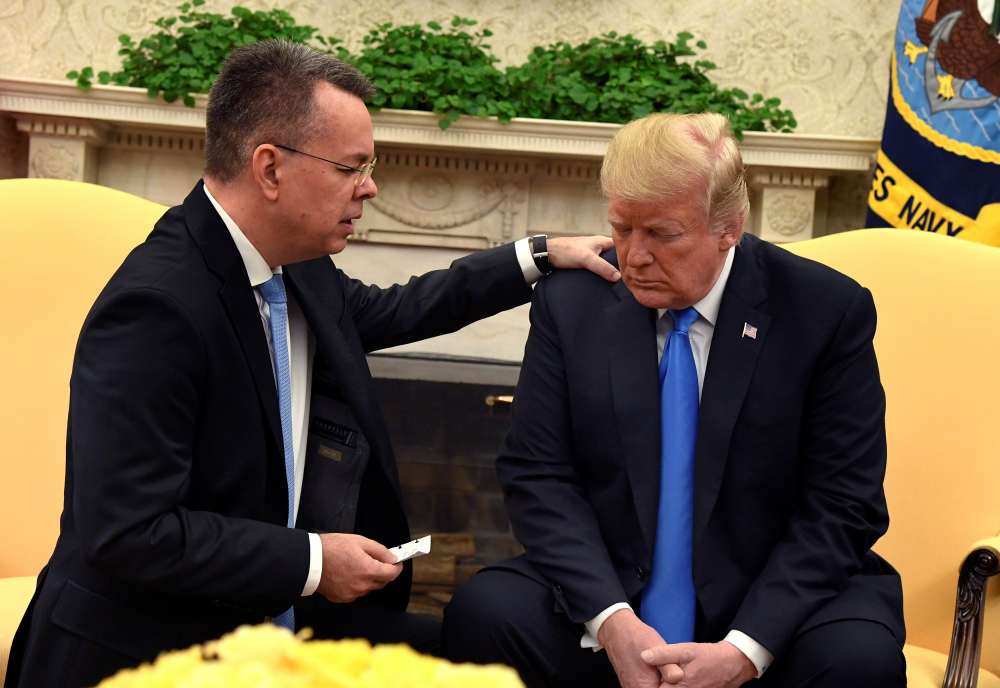 The United States lifted sanctions on Friday on two top officials in Turkish President Tayyip Erdogan’s cabinet, a sign of improved relations after Turkey freed an American pastor from detention three weeks ago.

The United States had imposed sanctions on Justice Minister Abdulhamit Gul and Interior Minister Suleyman Soylu in August to protest the case of Andrew Brunson, an American Christian pastor who had been detained by Turkey for two years.

Tensions between the NATO allies on this and other issues have weighed on the Turkish economy. After Friday’s move, Turkey’s sovereign dollar bonds jumped, with many issues adding 1 cent or more.

Erdogan and Trump discussed improving relations between Washington and Ankara during a call between the two leaders, the Turkish presidency said on Thursday.

The White House did not have any immediate comment on the lifting of the U.S. sanctions.

Brunson, who had lived in Turkey for more than 20 years, was swept up in raids after a 2016 coup attempt against Erdogan. He was jailed two years ago and up until his release last month had been under house arrest since July, accused of links to Kurdish militants and supporters of Fethullah Gulen, a cleric blamed by Turkey’s government for the coup attempt.

Brunson maintained his innocence, and his case was championed by U.S. evangelical Christians.

After a July deal to free Brunson fell apart, Washington imposed sanctions and tariffs on Ankara that sent the lira tumbling.

Relations have also been strained by U.S. support of Kurdish fighters in northern Syria, Turkey’s plans to purchase a Russian missile defense system and the U.S. jailing of an executive of a Turkish state bank in an Iran sanctions case.

Washington has also been pushing Turkey to release Turkish- American Serkan Golge, a former NASA scientist, who was arrested in the 2016 crackdown, as well as Turkish citizens employed by the U.S. State Department who were detained in the sweeps.