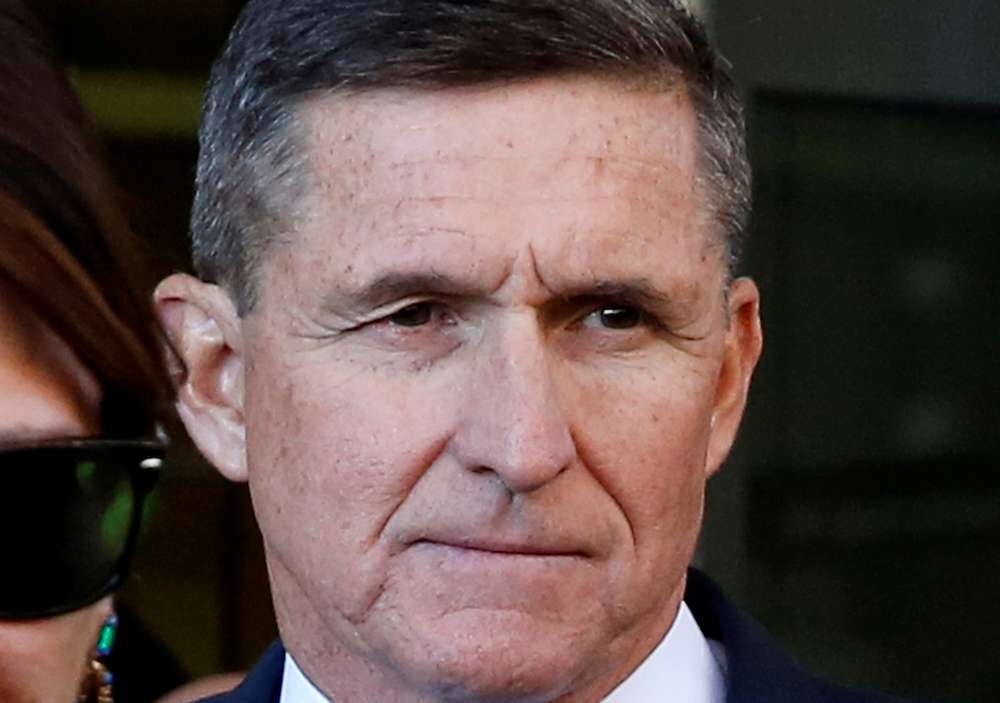 Rafiekian, co-founder of the consultancy firm Flynn Intel Group, was accused of conspiring to lobby on Turkey’s behalf to try to persuade the U.S. government to extradite Fetullah Gulen, whom Turkey has blamed for orchestrating a failed coup in 2016.

Rafiekian was indicted in December, along with Ekim Alptekin, a Turkish-Dutch businessman, and was charged on two counts – conspiring to act as an agent of a foreign government and making false statements to the Justice Department, and acting as a foreign agent.

A Justice Department spokesman, Joshua Stueve, said Rafiekian was found guilty on both counts, after a week-long trial in U.S. District Court for the Eastern District of Virginia. Sentencing was set for Oct. 18.

Flynn, a retired U.S. Army lieutenant general whose brief tenure in 2017 as part of Trump’s inner circle is still causing legal aftershocks, was not charged with Rafiekian.

But the case could influence how U.S. District Court Judge Emmet Sullivan sentences Flynn later this year, following Flynn’s guilty plea in December 2017 of having lied to Special Counsel Robert Mueller’s investigators about his contacts with Russian officials.

Flynn previously agreed to cooperate with U.S. prosecutors and testify against Rafiekian, known as “Kian,” in hopes of getting a lighter sentence. But in a reversal earlier this month, U.S. prosecutors canceled plans to call him as a witness.

While Flynn has not renounced his guilty plea, his new lawyers say he did not knowingly submit anything false when retroactively registering under the Foreign Agents Registration Act (FARA) in early 2017.

Stueve said Flynn did not testify in court in the Rafiekian case.

The trial, which began on July 15, the third anniversary of Turkey’s failed coup that killed 251 people and wounded more than 1,500, could have implications for already strained ties between Ankara and Washington.

Throughout the proceedings, U.S. prosecutors built a case to show Rafiekian and Alptekin acted with direction from the Turkish government and did not disclose their lobbying campaign to return Gulen, who lives in a fortified compound in Pennsylvania, to Turkey.

The Turkish government has denied engaging in a conspiracy to evade U.S. regulations requiring foreign government lobbyists to register with the Justice Department.

Alptekin, who remained abroad throughout the trial, had denied the allegations through a representative. He was charged with six counts, including making false statements and acting as an agent of a foreign government.

He criticized the jury’s decision on Twitter on Tuesday, saying that “an innocent man was convicted.”

“I feel terrible for Bijan Kian and for Gen. Flynn. They did nothing wrong,” he added.

By In Cyprus
Previous articleFacebook to create privacy panel, pay $5b to U.S. to settle allegations
Next articleContracts up to €1.2 billion for new buses