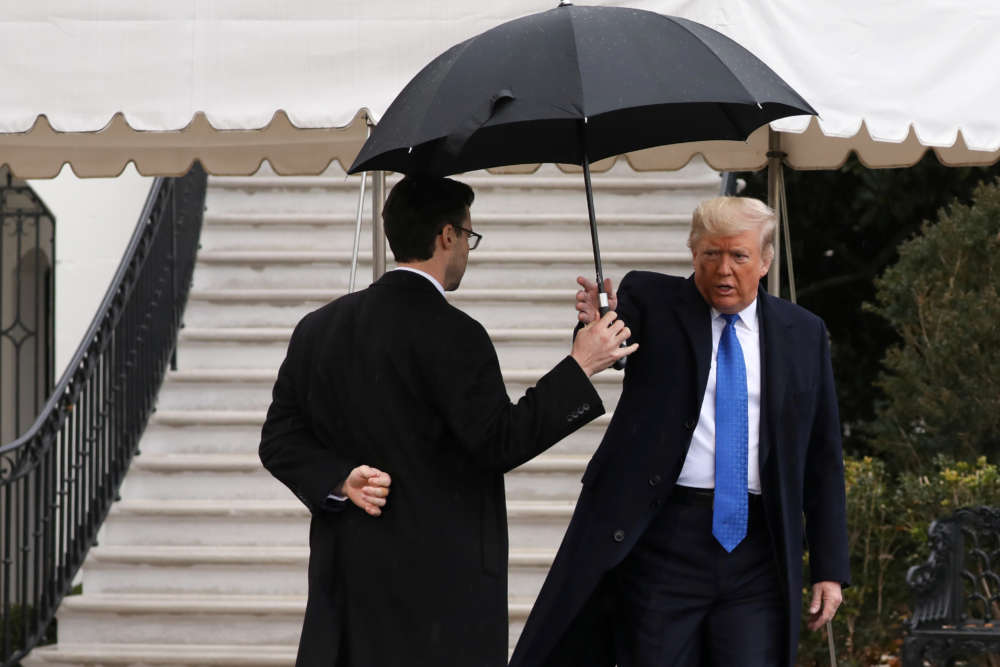 A U.S. House Intelligence Committee report laying out the Democratic case for President Donald Trump’s impeachment will be publicly released on Tuesday, the panel’s chairman said in a television interview.

“We’re putting the finishing touches on the report, which will be released tomorrow,” Democrat Adam Schiff said on MSNBC on Monday night.

The Democratic-controlled panel is expected to vote on the report’s approval on Tuesday night.

A copy of the report was made available privately to House Intelligence members on Monday night for a 24-hour review period.

Republican Representative Jim Jordan, an ardent defender of Trump, told reporters he had read portions of the report in a secure room at the Capitol but was instructed not to discuss the contents until Tuesday night.

House Republicans issued their own rebuttal report on Monday, saying Democrats had not established an impeachable offense by Trump.

Democrats have been looking into the Republican president’s efforts to pressure Ukraine to investigate political rival Joe Biden, the former U.S. vice president who is seeking the Democratic nomination to face Trump in the 2020 election, and his son Hunter Biden, who was a board member of a Ukrainian energy company.

Congressional Democrats on Monday named the four witnesses who will testify this week at a public hearing in the impeachment inquiry of Trump, in what is seen as a likely precursor to the announcement of formal charges within weeks.

As opinion polls show Americans are bitterly divided over whether to impeach Trump, the Judiciary Committee hearing on Wednesday in the Democratic-controlled House of Representatives will feature four legal scholars discussing the constitutional grounds for removing a U.S. president from office.

The impeachment inquiry has heard testimony from current and former officials that military aid was withheld from Ukraine and that a White House meeting with Ukrainian President Volodymyr Zelenskiy was conditioned on investigations into the Bidens and a debunked conspiracy theory about Ukraine interference in the 2016 U.S. election.

Trump has denied any wrongdoing and says a July 25 phone call with Zelenskiy, in which he pressed for the probes, was “perfect.” He and fellow Republicans say Democrats are seeking to overturn the results of the 2016 presidential election.

Wednesday’s hearing, while academic in nature, will set the stage for the Judiciary Committee to begin determining whether Trump should face formal articles of impeachment. House Speaker Nancy Pelosi said in a letter to supporters last week that Trump had committed “bribery” and needed to be held accountable.

The hearing witnesses, announced by the committee on Monday, are Noah Feldman of Harvard Law School, Pamela Karlan of Stanford Law School, Michael Gerhardt of the University of North Carolina School of Law and Jonathan Turley of the George Washington University Law School.

In a defiant response on Sunday night, the White House informed Democrats that Trump and his lawyers would not participate in Wednesday’s hearing, citing a lack of “fundamental fairness.”

Speaking to reporters as he departed the White House on Monday en route to London for a NATO summit, Trump said he had declined to participate in the hearing because it was a hoax.

Representative Jerrold Nadler, the Democratic chairman of the House Judiciary Committee, called the White House’s decision “unfortunate” and said that allowing Trump to participate had been a priority from the outset of the impeachment probe.

White House counsel Pat Cipollone has not ruled out taking part in future proceedings if Democrats address a list of procedural complaints.

The committee, which is not expected to consider evidence against Trump until next week, has given the president until 5 p.m. (2200 GMT) on Friday to say whether he plans to mount a defense by calling witnesses and introducing evidence.

The 110-page House Republican report https://republicans-oversight.house.gov/wp-content/uploads/2019/12/2019-12-02-Report-of-Evidence-in-the-Democrats-Impeachment-Inquiry-in-the-House-of-Representatives.pdf said the witnesses called during the impeachment inquiry had painted a picture of “unelected bureaucrats” who “fundamentally disagreed with President Trump’s style, world view and decisions,” and had presented no evidence that amounted to an impeachable offense.

Schiff said the Republican report “ignores voluminous evidence that the president used the power of his office to pressure Ukraine into investigating his political rival,” which Schiff said was outside the law and “a violation of his oath of office.”

If the House approves articles of impeachment, the Republican-controlled Senate would hold a trial to see if Trump should be removed from office. That move is unlikely, as few Senate Republicans have shown an appetite for removing the president.

But the impeachment inquiry has cast a shadow over Trump’s already tumultuous presidency and sharpened a divide among Americans that is likely to intensify as election campaigning heats up in the coming weeks.

Democratic aides said a vote on possible articles of impeachment would follow quickly on the heels of an evidentiary hearing.