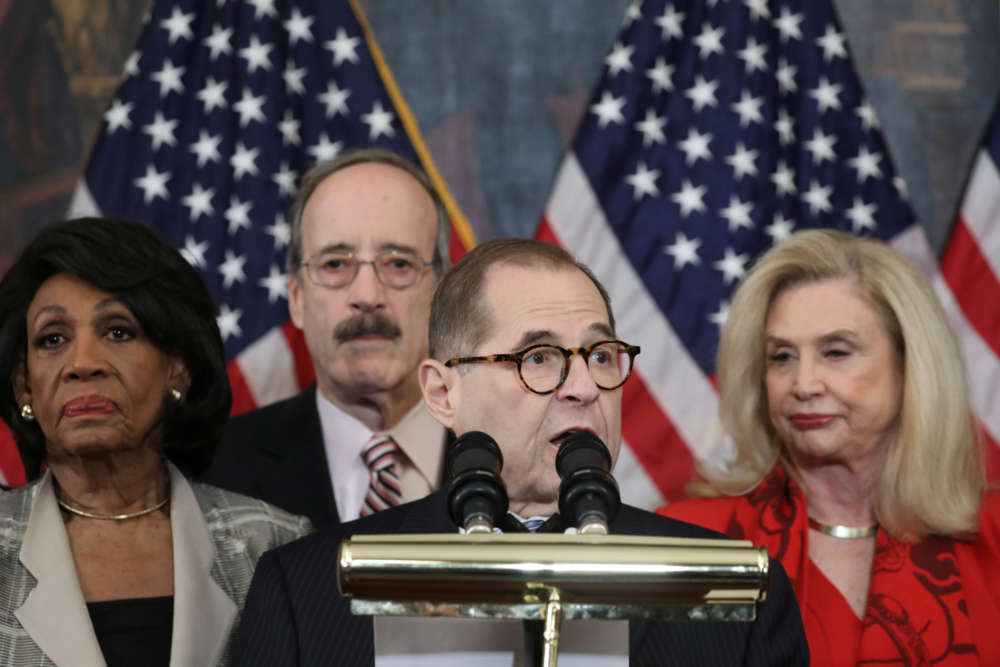 Democrats in the U.S. House of Representatives introduced two articles of impeachment against President Donald Trump, charging him with abuse of power and obstruction of Congress.

Trump, a Republican, “sees himself as above the law,” said Judiciary Committee Chairman Jerrold Nadler. “We must be clear, no one, not even the president, is above the law.”

Nadler, flanked by House Speaker Nancy Pelosi, and fellow chairs of the committees that investigated whether Trump should be impeached, said his committee would take up the articles later this week, the next step in a process that could ultimately lead to Trump being removed from office.