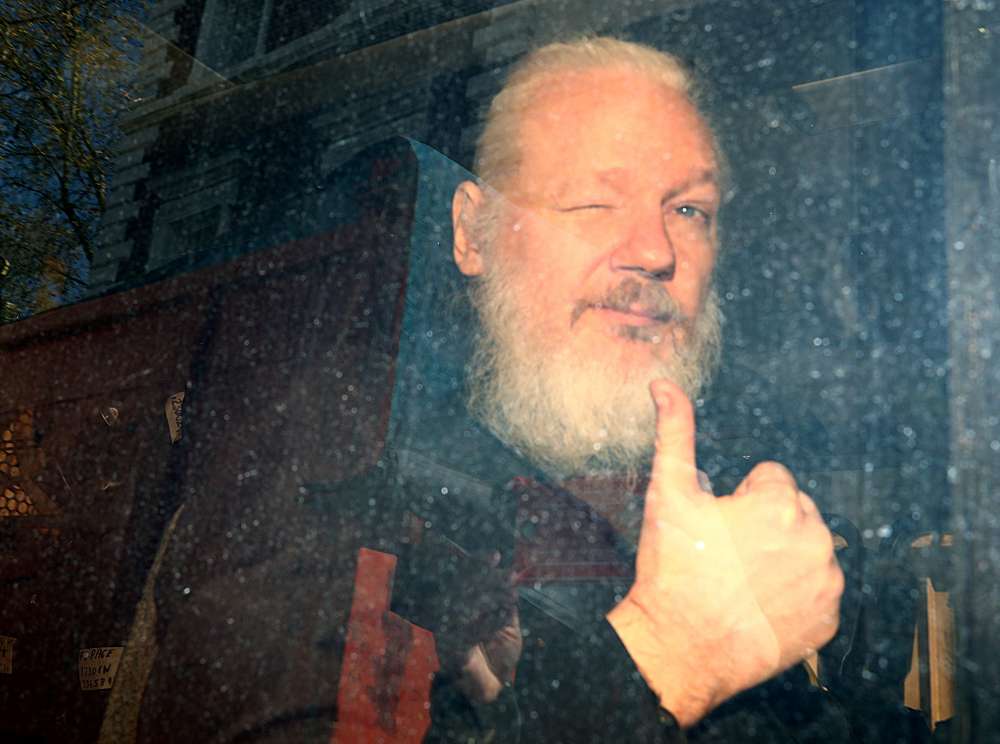 The superseding indictment comes a little more than a month after the Justice Department unsealed a narrower criminal case against Assange.

Assange was initially charged with conspiring with Manning to gain access to a government computer as part of a 2010 leak by WikiLeaks of hundreds of thousands of U.S. military reports about the wars in Afghanistan and Iraq.

He now faces a total of 18 criminal counts, and could face many decades in prison if convicted.

“These unprecedented charges demonstrate the gravity of the threat the criminal prosecution of Julian Assange poses to all journalists in their endeavor to inform the public about actions that have been taken by the U.S. government,” said Barry Pollack, an American attorney for Assange.

The Justice Department said that not only did Assange aid and encourage Manning with the theft of classified materials, but he jeopardized the lives of human sources that included Afghans, Iraqis, journalists, religious leaders, human rights advocates and political dissidents from repressive regimes by publishing their identities.

Law enforcement officials said on Thursday that the State Department had pleaded with Assange not to reveal the identities of such sources, but Wikileaks ignored the warning.

Manning was arrested in May 2010 and convicted by court martial in 2013 of espionage in connection with the 2010 Wikileaks disclosures.

President Barack Obama reduced Manning’s sentence to 7 years from 35 years, but she is now in jail after repeatedly refusing to testify before a grand jury investigating Assange.

Wikileaks describes itself as specializing in the publication of “censored or otherwise restricted official materials involving war, spying and corruption.”

Assange is now fighting extradition to the United States, after Ecuador in April revoked his seven-year asylum in the country’s London embassy. He was arrested that day, April 11, by British police as he left the embassy.

He is now serving a 50-week sentence in a London jail for skipping bail when he fled to the Ecuadorean embassy in 2012.

The decision to charge Assange with espionage crimes is notable, and unusual. Most cases involving the theft of classified information have targeted government employees, like Manning, and not the people who publish the information itself.

In the wake of Assange’s arrest, prosecutors in Sweden re-opened a criminal investigation into allegations that Assange sexually assaulted a woman during a visit to Sweden.

The decision regarding which country should have its chance to prosecute him first is now in the hands of Home Secretary Sajid Javid, Britain’s interior security minister.

The Justice Department’s quick turnaround with the filing of a more substantial indictment against Assange is not surprising.

Under extradition rules, the United States had only a 60-day window from the date of Assange’s arrest in London to add more charges. After that, foreign governments do not generally accept superseding charges.

By In Cyprus
Previous articleItalian Culture Workshop: Talking Without Words
Next articleMainly fine over weekend with significant drop in temperatures