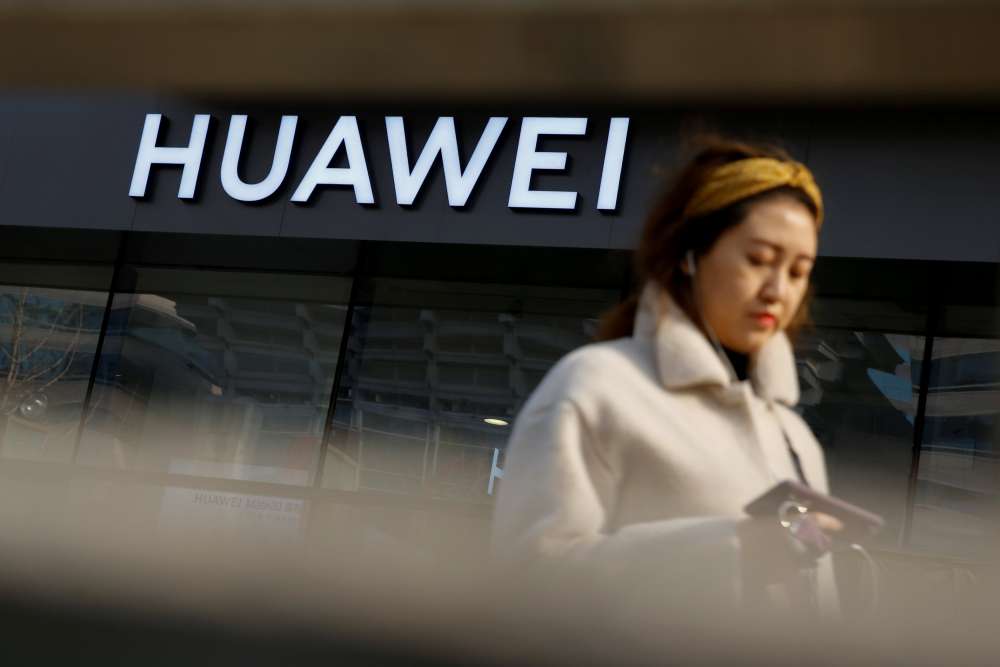 The Justice Department charged Huawei and its chief financial officer with conspiring to violate U.S. sanctions on Iran by doing business through a subsidiary it tried to hide and that was reported on by Reuters in 2012.

In a separate case, the Justice Department said Huawei stole robotic technology from T-Mobile US Inc. Huawei has said the companies settled their dispute in 2017.

CFO Meng Wanzhou, the daughter of Huawei’s founder, was arrested in Vancouver on Dec. 1, in a move which was followed by China arresting two Canadians on national security grounds. She has denied wrongdoing and is scheduled to appear in court on Tuesday to discuss changes to her bail terms.

Huawei said it was “disappointed” to learn of the charges. It said it had sought to discuss them with U.S. authorities “but the request was rejected without explanation”.

“The Company denies that it or its subsidiary or affiliate have committed any of the asserted violations…, is not aware of any wrongdoing by Ms. Meng, and believes the U.S. courts will ultimately reach the same conclusion.”

The development is likely to upset talks between Beijing and Washington this week as part of negotiations intended to walk back trade tensions between the globe’s two largest economies.

U.S. President Donald Trump said in December he could intervene in Meng’s case if it would serve national security interests or help close a trade deal with China.

Canada’s Justice Minister will have 30 days from receipt of the extradition request to decide whether to grant authority to proceed. If granted, Meng’s case would be sent to the British Columbia Supreme Court for an extradition hearing, which could take weeks or months.

Huawei makes equipment including base stations, switches and routers, as well as consumer products such as smartphones, and derives nearly half of its total revenue outside China.

Its global reach has come under attack from the United States, which is trying to prevent U.S. companies from buying Huawei equipment and is pressing allies to do the same. U.S. security experts are concerned the gear could be used by China’s government for espionage – a concern Huawei calls unfounded.

Australia and New Zealand followed the U.S. lead in restricting market access over the past year. On Tuesday, TPG Telecom Ltd cancelled the Huawei-based mobile phone network it was building, in the first commercial casualty of Australia’s move.

Huawei said it is the world’s leading provider of 5G technology, winning 30 contracts globally – more than any of its competitors – including 18 in Europe.

It is unclear how the U.S. charges would impact its business. Last year, Chinese peer ZTE Corp was prevented from buying essential components from U.S. firms after pleading guilty to similar charges, crippling its operations.

ZTE resumed normal business after paying up to $1.4 billion in fines and replacing its entire board, on top of a near $900 million penalty paid in 2017.

U.S. Acting Attorney General Matthew Whitaker said the alleged criminal activity at Huawei “goes back at least 10 years and goes all the way to the top of the company.” The charges against Meng and Huawei cite the Reuters stories that said Huawei’s Skycom unit sought to sell goods to Iran.

The indictment noted that denials from Huawei in the stories were relied upon by financial institutions “in determining whether to continue their banking relationships with Huawei and its subsidiaries.”

The indictment featured a meeting in August 2013 between Meng and an executive from an unidentified bank. Sources told Reuters the bank is HSBC Holdings PLC, which paid $1.92 billion in 2012 for violating U.S. anti-money-laundering and sanctions laws.

During the meeting, Meng misrepresented Huawei operations in Iran and ownership and control of Skycom, the indictment showed.

The Justice Department has confirmed that HSBC is not under investigation in this case, HSBC said in a statement last month.

Also according to the indictment, in July 2007, the FBI interviewed Huawei founder Ren Zhengfei and U.S. authorities said he falsely told them Huawei did not violate U.S. export laws.

The indictment concerning trade secret theft alleged that Huawei had a formal policy instituting a bonus programme to reward employees who stole confidential information from competitors.