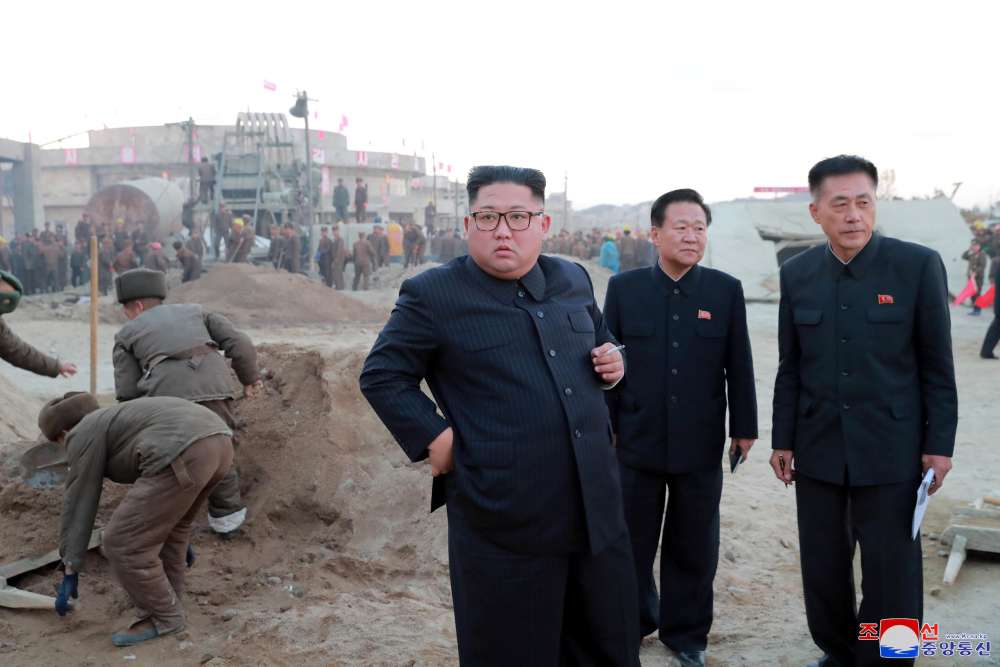 The outgoing commander of American troops in South Korea voiced support on Monday for controversial measures to reduce military activity along the border with North Korea, as U.S. Secretary of State Mike Pompeo prepared for talks with North Korean officials on denuclearization and plans for a second leaders’ summit.

Writing in a South Korean military publication, U.S. General Vincent Brooks said recent steps by South and North Korea to disarm areas along the so-called demilitarized zone between the two nations have “the support and agreement of the United States.”

Last week a no-fly zone went into effect along the border, despite private concerns by U.S. officials that the move could restrict training and the ability to monitor the border. Other steps included disarming some areas of the border and removing some landmines and guard posts.

“Together, these activities demonstrate a shared commitment to positive action and work to develop the trust essential to the next steps along the road to a lasting and stable peace,” Brooks wrote.

Pompeo previously expressed “discontent” with the deal that created the no-fly zone, which South Korean sources said became a key sticking point for the United States because it would effectively prevent close air support drills.

Brooks’ comments came as U.S. and South Korean marines conducted military drills under the Korean Marine Exchange Program for the first time in months, according to the South Korean ministry of defence.

Although larger exercises were suspended, the two countries have continued small-scale drills, the South’s Ministry of National Defence said on Monday, adding that the marines were holding a training round near the southern city of Pohang.

Pompeo, interviewed on broadcaster CBS’s “Face the Nation” program said on Sunday he would be in New York at the end of this week to meet his North Korean counterpart, Kim Yong Chol.

“I expect we’ll make some real progress, including an effort to make sure that the summit between our two leaders can take place, where we can make substantial steps towards denuclearization,” he added.

North Korea has not tested a ballistic missile or nuclear weapon for nearly a year, and has said it has shuttered its main nuclear test site and plans to dismantle several more facilities.

In recent weeks, North Korea has pressed harder for what it sees as reciprocal concessions by the United States and other countries.

Over the weekend, Kim hosted President Miguel Diaz-Canel of Cuba – another country under U.S. sanctions – during a lavish visit in Pyongyang, where the two leaders vowed to boost their cooperation.

During a banquet on Sunday, Kim said the “two countries are in the same trench in the struggle for defending sovereignty and dignity of their countries and safeguarding international justice,” according to a state media report.

Diaz-Canel, meanwhile, “voiced his will to meet all challenges by the hostile forces” alongside North Korea, according to the report.

On Friday North Korea warned that it could resume development of its nuclear programme if the United States did not drop its campaign of “maximum pressure” and sanctions.

“The improvement of relations and sanctions are incompatible,” a foreign ministry official said in a statement released through state-run KCNA news agency.

“The U.S. thinks that its oft-repeated ‘sanctions and pressure’ lead to ‘denuclearization.’ We cannot help laughing at such a foolish idea.”

South Korea hopes the North and the United States will make “big progress” during the talks set for this week, presidential spokesman Kim Eui-kyeom said on Monday, but declined to comment on the North’s Friday statement.

American officials have remained sceptical of Kim’s commitment to give up his nuclear arsenal, however, and Washington says it will not support easing international sanctions until more verified progress is made.

Pompeo, interviewed on television’s “Fox News Sunday,” said the Trump administration wants a full, verifiable denuclearization of the Korean peninsula, adding that Trump insisted on “no economic relief until we have achieved our ultimate objective.”

South Korean President Moon Jae-in’s continuing efforts to engage with North Korea have fanned U.S. concerns that Seoul could weaken pressure on North Korea to give up nuclear weapons.

In Washington last week, South Korea’s defence minister said the two countries would decide by December on major joint military exercises for 2019. Vigilant Ace, suspended this month, is one of several such exercises halted to encourage dialogue with Pyongyang, which has criticised joint U.S.-South Korea exercises in the past.

The biggest combat-readiness war game ever staged in and around Japan has gone ahead, however, with nuclear-powered aircraft carrier USS Ronald Reagan joining Japanese destroyers and a Canadian warship in the ocean off Japan, another key player in the effort to pressure North Korea.

Richard Branson's Virgin Orbit company aborted its first attempt to launch a rocket into space from the belly of a 747 airplane on Monday,...
Read more
Local

Cyprus will deport 17 migrants who are being held on suspicion of having links to extremist groups or involved in acts of terror, the...
Read more
World

After a week on the run, a 33 year old man wanted in connection with a robbery in Nicosia has been arrested in the...
Read more

Richard Branson's Virgin Orbit company aborted its first attempt to launch a rocket into space from the belly of a 747 airplane on Monday,...
Read more
World