U.S. B-52 bombers reach Middle East in message to Iran 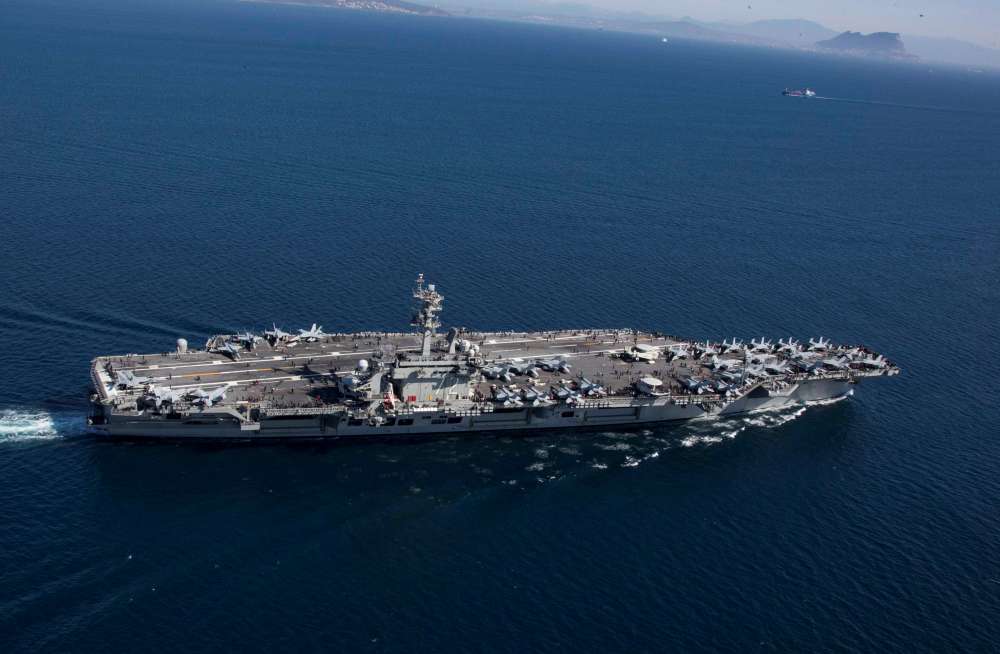 American B-52 Stratofortress bombers sent to the Middle East over what Washington describes as threats from Iran have arrived at a U.S. base in Qatar, U.S. Central Command (CENTCOM) said.

The U.S. military said on Tuesday that a number of B-52 bombers would be part of additional forces being sent to the Middle East to counter what the Trump administration says are “clear indications” of threats from Iran to U.S. forces there.

Iran has dismissed the new U.S. deployments, including of an aircraft carrier, as old news announced now to intimidate it through “psychological warfare”, at a time when Washington is also tightening financial sanctions. The USS Abraham Lincoln is replacing another carrier rotated out of the Gulf last month.

A picture taken by U.S Air Force personnel stationed in Al Udaid air base and posted on the CENTCOM website showed two aircraft. The caption said: “B-52 Arrival. U.S. B-52H Stratofortress aircraft assigned to the 20th Expeditionary Bomb Squadron are parked on a flight line May 8, 2019.”

The media officer at Al Udaid, near Doha, did not immediately respond to a phone call and email requesting comment and details. CENTCOM is responsible for U.S. military operations in the Middle East and Afghanistan.

Washington has tightened sanctions on Iran this month, eliminating waivers that had allowed some countries to buy its oil, with a goal of reducing Tehran’s crude exports to zero. Iran has responded by scaling back some curbs on its nuclear programme, although it remains compliant with a deal to restrict its nuclear activity which Washington abandoned a year ago.

By In Cyprus
Previous articlePicasso at the Cyprus Museum. Works in Clay
Next articleTeens accused of deadly Colorado school shooting set to be charged