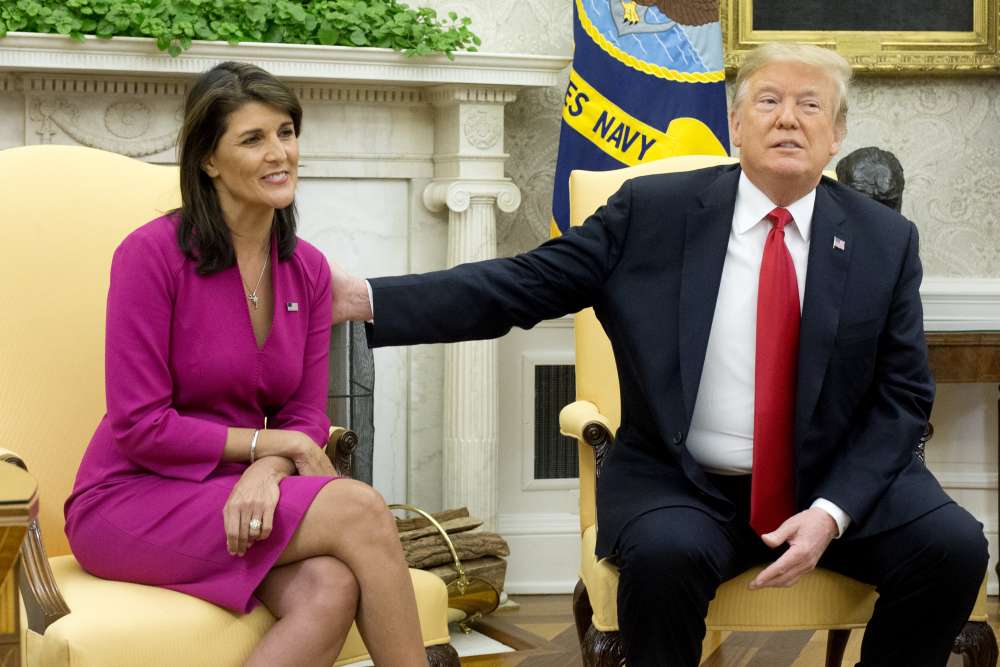 The U.S. ambassador to the United Nations, Nikki Haley, is resigning “to take a little time off,” President Donald Trump said on Tuesday, as she became the latest in a long line of high-profile departures from the administration.

Trump said he had accepted Haley’s resignation and would name her successor within two or three weeks. She will leave at the end of the year, he said.

Appearing beside Haley in the Oval Office, Trump praised her and said he hoped she could come back to the administration.

“We’re all happy for you in one way, but we hate to lose (you). … Hopefully, you’ll be coming back at some point. Maybe a different capacity. You can have your pick,” Trump said.

A former governor of South Carolina who is the daughter of Indian immigrants, Haley is seen as a rising star in the Republican Party and a possible candidate for the 2020 presidential elections.

But she said on Tuesday she would not be running in 2020 and would campaign for Trump.

Echoing previous statements from Trump, Haley said the United States under his presidency is now respected around the world.

“Now the United States is respected. Countries may not like what we do, but they respect what we do. They know that if we say we’re going to do something, we follow it through,” she said.

Haley is the latest in a long list of senior staff members to leave the Trump administration, including former Secretary of State Rex Tillerson, who was fired in March.

Earlier this year, Haley, 46, told Reuters that, “Every day I feel like I put body armor on,” to protect U.S. interests at the United Nations.

Haley discussed her resignation with Trump last week when she visited him at the White House, Axios news site reported.

By In Cyprus
Previous articleIraqi refugees protest outside Labour Ministry (pictures)
Next articleProdromou : We could discuss a decentralizing system, not a two-state solution