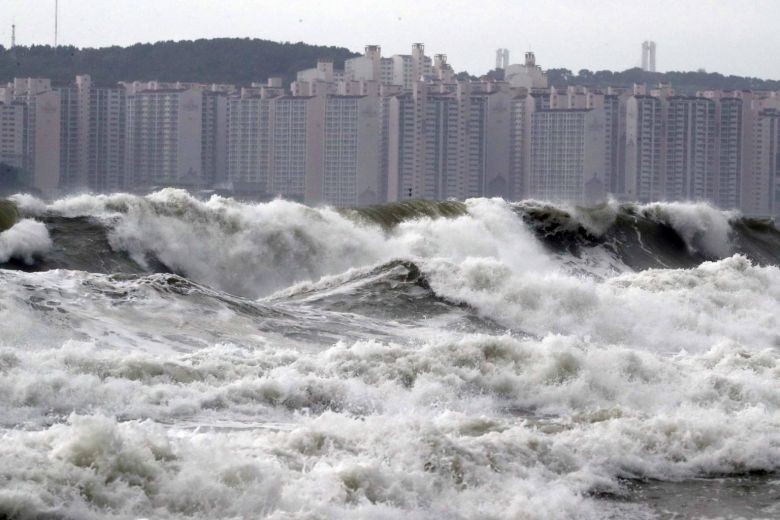 A powerful typhoon slammed into South Korea early on Saturday, killing at least one person and disrupting power to 57,000 households before turning toward North Korea, authorities said.

Typhoon Lingling struck the island of Jeju and southern port cities overnight, knocking out power and damaging buildings as it moved north at 49 kph (30 mph), the Ministry of Interior and Safety said in a statement.

A 75-year-old woman was killed in Boryeong, southwest of Seoul, and at least two other people were injured. A total of 124 flights were canceled, the ministry said.

The storm is expected to pass by the capital Seoul and reach North Korea by about 6 p.m. local time (0900 GMT), a ministry official told Reuters.

The center of the typhoon is expected to pass over the North Korean capital Pyongyang, according to a tracking map by the Korea Meteorological Administration posted on its website.

North Korea held an emergency meeting on Friday under the guidance of leader Kim Jong Un to discuss “urgent emergency measures to cope with the typhoon,” state media reported on Saturday.

Kim criticized senior officials for being “helpless against the typhoon, unaware of its seriousness and seized with easygoing sentiment,” the Korean Central News Agency (KCNA) said, adding that Kim called for full emergency measures.

KCNA said in a separate statement that government officials and the armed forces were preparing to “urgently dispatch forces to damaged areas by using various kinds of alarm and communications means, and secure relief goods and building equipment and materials and mobilize transport”.