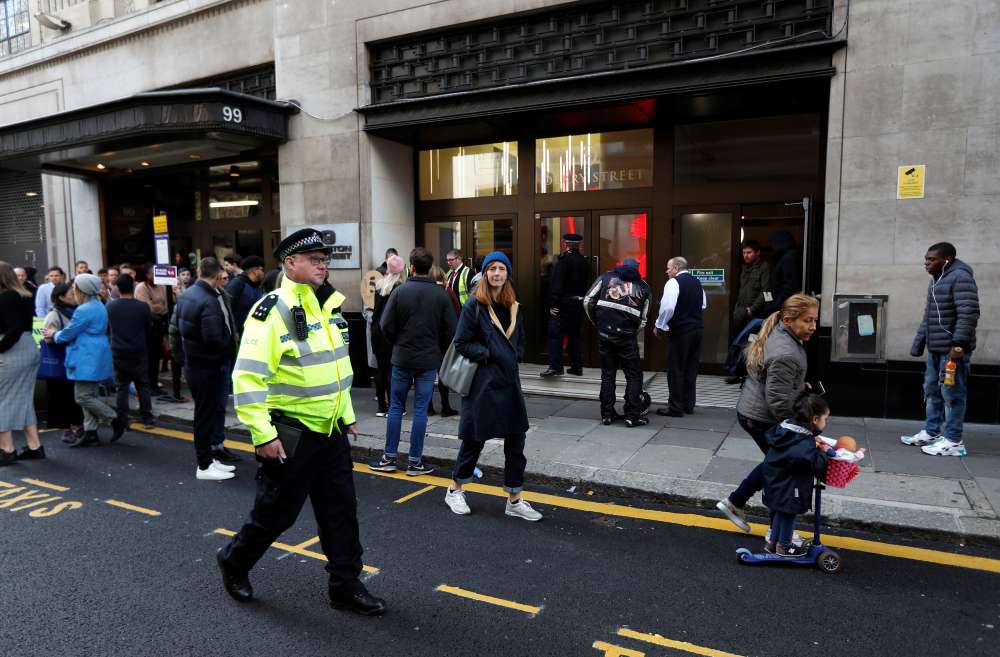 Sony Music said two of its catering staff had been involved in a violent altercation at its UK head office in central London on Friday after police reported two people had been stabbed.

Armed officers rushed to Sony Music UK’s offices after police were alerted to the incident in Derry Street, Kensington. London’s Metropolitan Police said two people had suffered stab injuries and one person had been arrested.

The incident was not being treated as terrorism and Sony later confirmed that it had followed an argument among staff.

“Two members of the catering team were involved in a violent altercation,” Sony Music said in a statement. “The incident is now in the hands of the Metropolitan Police.”

Large numbers of police flooded the area and the offices were evacuated. The ambulance service said two people had been taken to hospital but neither were thought to have suffered life-threatening injuries.

The London Evening Standard newspaper said witnesses reported that it appeared a fight had broken out between two men in the staff canteen.

“There was a lot of shouting and commotion,” an unnamed witness told the paper. “One had fallen over and was on his back and the other was standing over him. I thought he was raining punches down, but then I saw the knife.”

By In Cyprus
Previous articleRevenue from tourism increases slightly in August
Next articleHow much do MPs in Cyprus make?