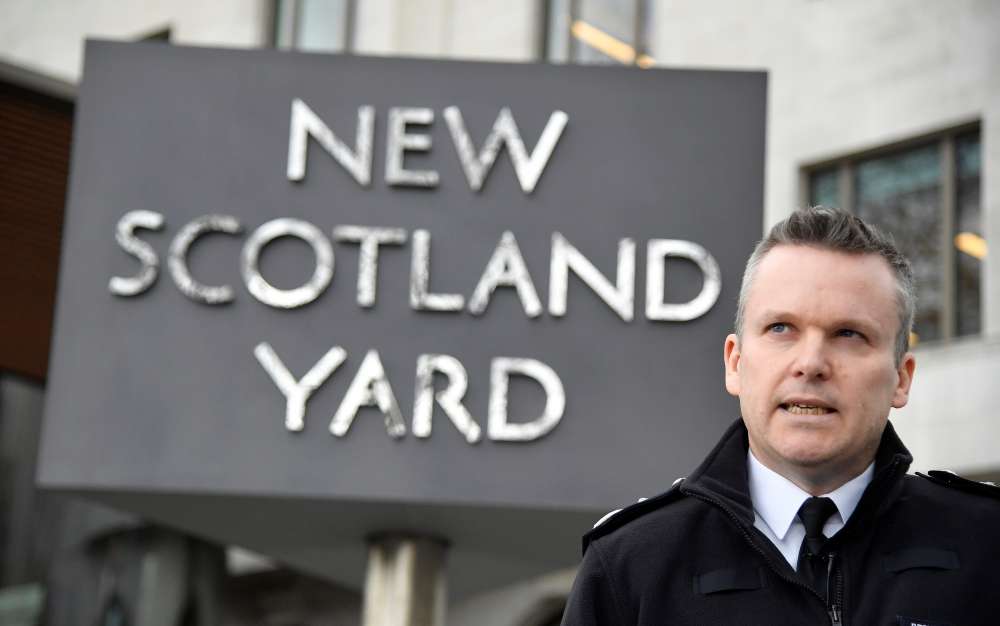 Two teenagers were killed in knife attacks in Britain over the weekend, bringing the total number of people killed in stabbings this year to at least 24 and pushing the bloodshed to the forefront of national concern.

British Interior Minister Sajid Javid said he would be meeting police chiefs this week to find ways to tackle the problem as he called for an end to the “senseless violence”.

“Young people are being murdered across the county, it can’t go on,” Javid said.

Police say the surge in knife crime in a country where guns are hard to obtain has been driven by several factors, including rivalries between drug gangs, cuts to youth services, and provocations on social media. Many have occurred in poor areas of the capital, London.

The issue has shot to the top of the political agenda after figures show the number of deaths from stabbings reached a record last year. The number of children in England aged 16 and under being stabbed rose by 93 percent between 2016 and 2018.

At the same time, police have suffered big cuts in staffing and funding under austerity measures imposed by Prime Minister Theresa May’s government, particularly during her tenure as interior minister in the years before she took the top job.

In the latest deaths, 17-year-old schoolboy Yousef Ghaleb Makki, was stabbed in a village near Manchester while he was visiting a friend. Two boys, also aged 17, have been arrested on suspicion of murder.

Jodie Chesney, a 17-year-old Girl Scout, was killed in a knife attack in a park in east London. Her family have called her murder a “totally random and unprovoked attack”.

“A Knife to the Heart of Britain”, the Dail Mail splashed across its front page on Monday along with a photograph of Chesney.

British media also made much of the fact that Makki lived in an affluent area and went to a private school. Most attacks take place in more deprived areas with higher general crime rates.

Nineteen murders have taken place in London this year, according to London Metropolitan Police.

The force had arranged more officers to be on duty in response to the violent crime wave, Deputy Assistant Commissioner Graham McNulty said.

“If you look at the figures what you see is there is no direct correlation between certain crimes and police numbers,” she said.

The government said it had set out a range of actions to tackle violent crime, including a 200 million pound ($265 million) youth fund and an independent review of drug misuse.

“We’re taking action on many fronts & I’ll be meeting police chiefs this week to hear what more can be done. Vital we unite to stop this senseless violence,” Javid said.

By In Cyprus
Previous articleFlag comes down on U.S. Palestinian mission in Jerusalem
Next articleBelarus lifts decade-old restriction on U.S. diplomats