Two more helicopters will be available to fight fires this summer 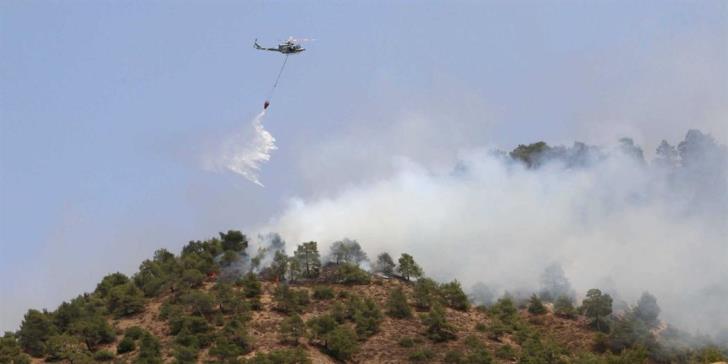 The Forestry Department is in touch with a Russian company to hire another two fire-fighting helicopters, in addition to the two already supplied by the same company.

According to the Director of the Forestry Department, Charalambos Alexandrou, the two helicopters are expected to arrive in Cyprus in July, ready for action, if needed. Permission is being sought for them to be stationed at Larnaca airport.

Apart from the two Russian Kamov helicopters at Larnaca, a police helicopter and two small planes belonging to the Forestry Department are also stationed at Larnaca airport.

So far in June fewer fires broke out in Cyprus, compared to previous years. However, as officials point out, services and people must be on alert to avert huge fires.

By In Cyprus
Previous articleErdogan says no setback in missile deal with Russia; as Trump voices sympathy
Next articleLimassol police investigate murder and suicide case