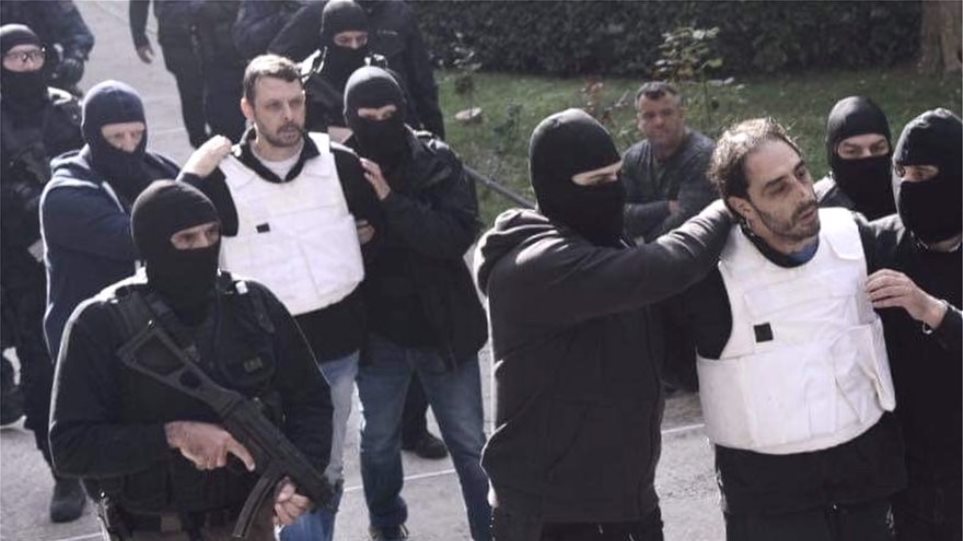 The two men arrested and charged as alleged members of the terror group “Revolutionary Self Defence” were on Tuesday led to jail after the conclusion of their testimony before an examining magistrate, who ordered that they be remanded in custody.
According to sources, both suspects denied charges that they were involved in five attacks against PASOK party offices in Athens and three attacks targeting the embassies of Mexico and France.
Apart from the charge of participating in a terror group, the two men also face charges for two counts of attempting to murder a police officer and causing explosions.