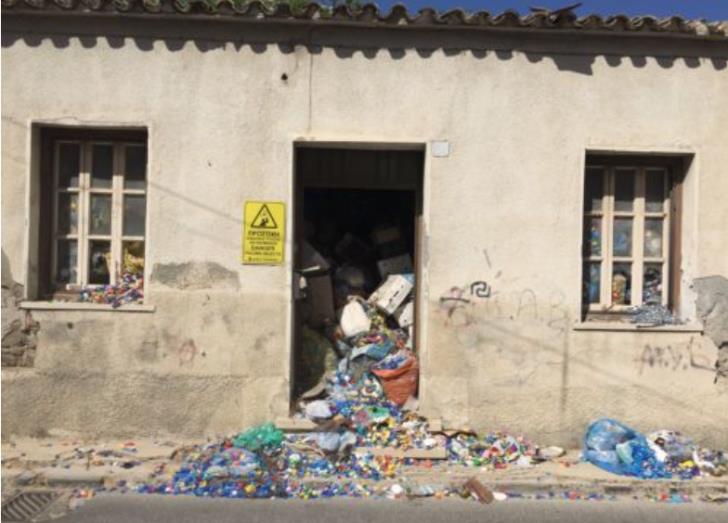 The image one sees outside a house that has been demolished in Larnaca as well as a nearby uninhabited building is unbelievable. Both houses are full of plastic lids. The lids have obviously been gathered by thousands of citizens who have shown sensitivity to the call to gather these lids so that with their sale wheelchairs can be bought.

When O Phileleftheros asked some people why would one want to get rid of the lids, we were told that while the rest of the part of a plastic bottle can be recycled the lid cannot and so those removing the lids thinking that they are helping someone, in fact they help recycling companies from having to separate the bottles from the lids.

Laranca Mayor Andreas Vyras said that the lids were found by the municipality after the demolition of the house and the municipality contacted the person who is considered responsible asking him to move them by next week.

By gavriella
Previous articlePiano Recital with Konstantin Lifschitz at Technopolis, 20
Next articleEpidemiologist says confirmed cases to increase with opening of schools