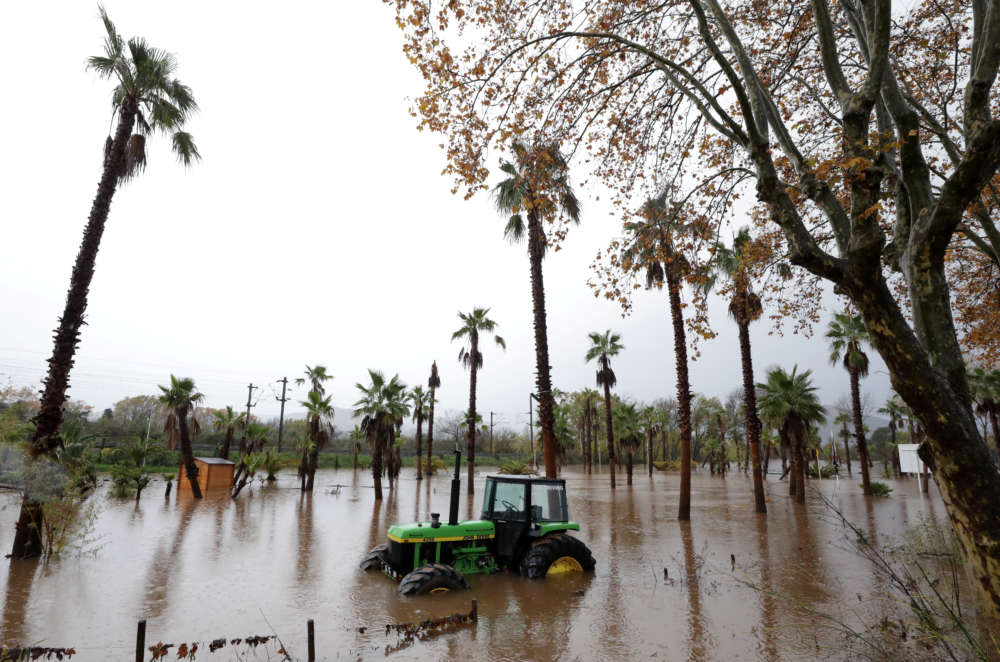 Two people were found dead on Sunday after massive flooding that has hit southeastern France since Friday, causing major damage in the region, local authorities said.

One person was found dead near Muy, between the towns of Nice and Marseille, the police prefecture of the Var department said in a statement.

The statement did not say whether that was the person it had earlier reported as missing after falling off a rescue boat near Muy late on Saturday.

Another body was found in a car in Cabasse, a village nearby, it added.

In its earlier statement, the prefecture said a 77-year old man was also missing since Saturday morning in Saint-Antonin-du-Var.

Several rivers burst their banks in southeastern France, causing major damage as homes were flooded and trees, cars and boats were swept along by the waters.

Rainfall continued in the region on Sunday, but was less intense. Floods were expected to subside during the day, Meteo France said in a statement.

Interior Minister Christophe Castaner was due to travel to the Var later on Sunday to meet victims and rescue workers.

Since this morning, there has been heavy traffic at Troodos Square but also in the area of Olymbos Mountain since more than 200 vehicles...
Read more
Local

Turkish Cypriots will receive on Monday an additional batch of 1,170 doses of Pfizer – BioNTech vaccines. Head of the bicommunal technical committee on health...
Read more
Local

The Police are investigating a case of theft of wood with the aim of selling. Policemen have arrested yesterday a 27-year-old man from a village...
Read more
Local

Some 60 patients with COVID-19 at Reference Hospital on Sunday

Some 60 patients of COVID-19 are today, Sunday, 24 January, being treated at the Famagusta General Hospital which is operating as a Reference establishment...
Read more

Annual Flower Show-2021 began in Odisha’s Bhubaneswar. It is organised with a theme based on COVID-19 pandemic and vaccination drive. The flower show attracted...
Read more
World