Two dead after bridge collapses into river in France 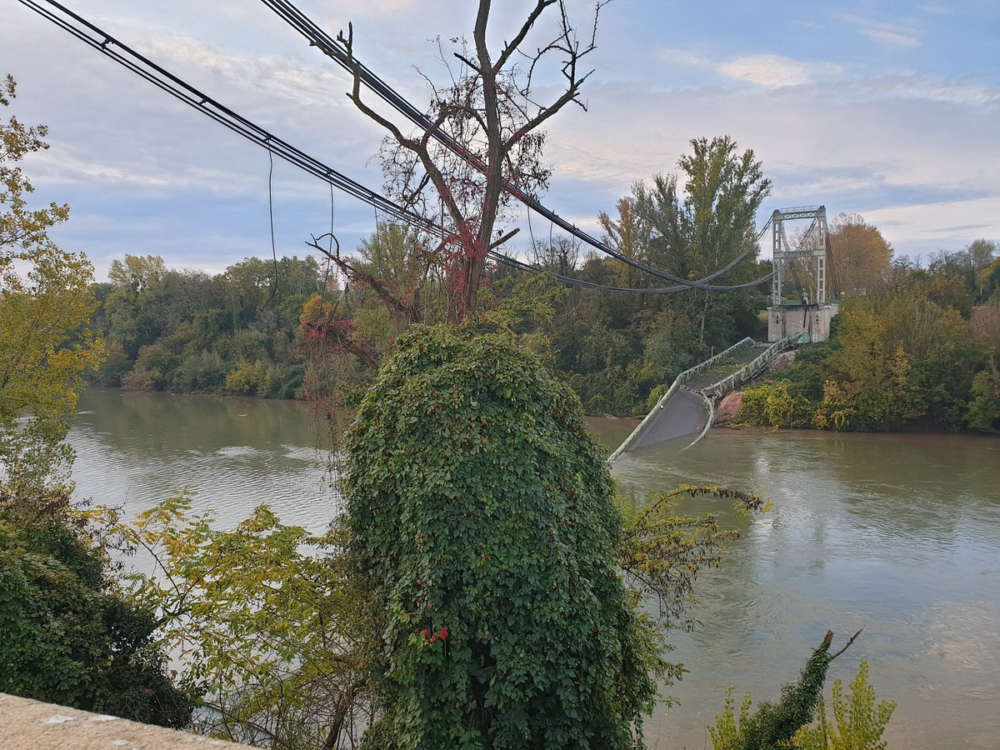 A 15-year-old girl and a lorry driver died when a bridge collapsed into a river in southwestern France on Monday, officials said.

The 150-metre-long suspension bridge in Mirepoix-sur-Tarn, near Toulouse, collapsed at around 8 am local time as a lorry, a car and possibly a van were crossing, the local prosecutor said. The bridge was limited to 19-tonne vehicles.

Television images showed one car nose-down in the water, with only its rear lights and bumper above the surface. The mother of the deceased teenager was among three people rescued from the water, the prosecutor added.

The local prefect Etienne Guyot said earlier the full number of casualties was not yet known.

The bridge was inspected every six years and had shown no sign of structural weakness at its last inspection in 2017, the Haute-Garonne regional council told Reuters.

A criminal investigation into the causes of the accident has been opened.

Senators last year called for more money to check and repair bridges across France after the collapse of a motorway viaduct in Genoa, Italy, killed 43 people.