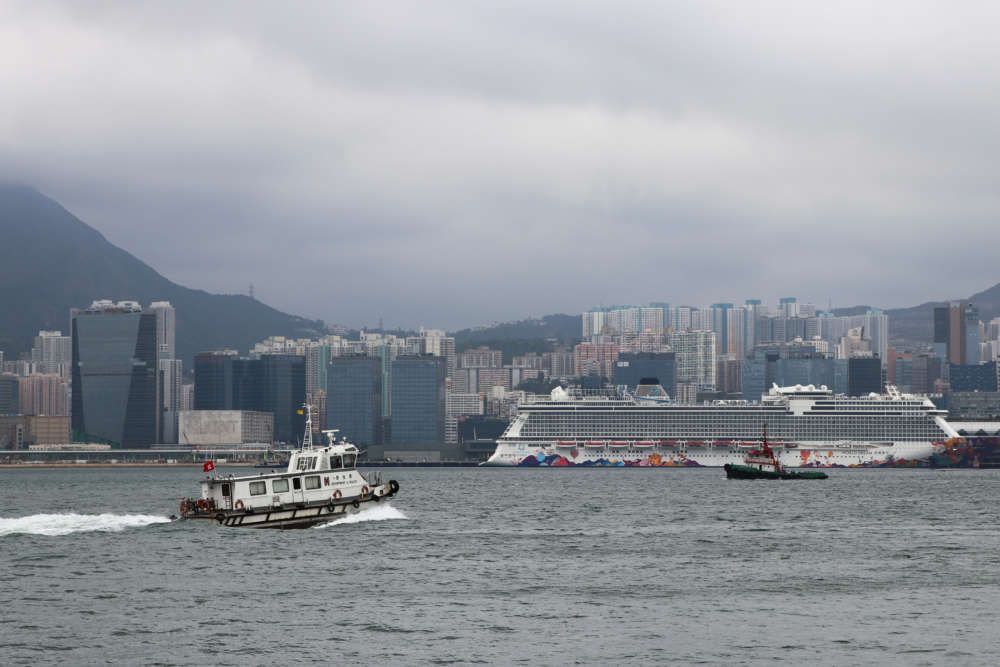 Thousands of passengers and crew on two cruise ships in Asian waters were placed in quarantine on Wednesday, as the death toll from an outbreak of a fast-spreading coronavirus rose to nearly 500.

China’s National Health Commission said another 65 people had died as of Tuesday, a new daily record taking the toll on the mainland to 490, most in and around the locked-down central city of Wuhan, where the virus emerged late last year.

There have been two deaths outside mainland China, both following visits to Wuhan. A man in the Philippines died last week, and a 39-year-old man with underlying illness died in Hong Kong on Tuesday.

The virus had disrupted air travel with more than two dozen airlines suspending or restricting flights to China and several countries, including the United States, banning the entry of anyone who has been in China over the previous two weeks.

But this week, the disruption spread to cruise ships.

About 3,700 people are facing at least two weeks locked away on a cruise liner anchored off Japan after health officials confirmed on Wednesday that 10 people aboard had tested positive for the virus.

In Hong Kong, more than 1,800 passengers and crew were confined to their cruise ship docked in the city during tests for the virus, after three people on board had earlier tested positive.

Passengers on the ship off Japan, the Diamond Princess, detailed their predicament on social media, posting pictures of officials in masks and gowns conducting health checks, room service meals, empty corridors, and a barren deck.

“This is not a good situation,” British passenger David Abel said in a video shot in his cabin and posted to his Facebook page.

He said all passengers were confined to their cabins on Wednesday morning, with staff delivering food to their rooms.

“The challenging situation for me is that I’m an insulin dependent diabetic,” Abel said.

In Hong Kong, authorities said it was not clear how long those aboard the World Dream would be confined to the ship, operated by Dream Cruises, which docked in the former British colony after Taiwan’s southern port of Kaohsiung denied it entry on Tuesday.

Hong Kong has confirmed 18 cases of the virus, including at least four transmitted locally.

Nearly 230 cases have been reported in some 27 countries and regions outside mainland China, according to a Reuters tally based on official statements.

The World Health Organization (WHO) has declared the flu-like virus a global emergency but experts say features still unknown include its exact mortality rate and transmission routes.

Asian stocks steadied on Wednesday as Chinese shares nudged higher on hopes of additional stimulus to lessen the financial impact on the world’s second-largest economy.

White House economic adviser Larry Kudlow said the epidemic would delay a surge in U.S. exports to China expected from the Phase 1 trade deal set to take effect this month.

Japan’s central bank is ready to ramp up stimulus measures for the world’s third-biggest economy, Deputy Governor Masazumi Wakatabe said, citing “heightening uncertainties regarding the impact of the spread of the coronavirus” among other woes.

American Airlines Group and United Airlines said on Wednesday they would suspend flights to and from the Asian financial hub after this week, a step that would leave no U.S. carriers flying passengers to Hong Kong.

Hong Kong health workers have been on strike this week to demand that city authorities seal the border with China.

The city’s chief executive, Carrie Lam, has suspended some links with the mainland and closed some border crossings but has left three open, saying that closing the border entirely would be inappropriate, impractical and discriminatory.

Neighbouring Macau, a gambling hub and another special administrative region of China, ordered casinos to suspend operations on Tuesday, effectively halting the lifeblood of its economy in a drastic bid to contain the epidemic.

Beijing has criticised as an overreaction U.S. travel curbs that bar foreign nationals who have visited China, and urged Washington to do more to help.

“We have the ability and confidence to finally win this war of containment,” China’s state councillor Wang Yi told Thailand’s foreign minister during a telephone call on Tuesday, according to China’s foreign ministry.

Wang said the outbreak’s mortality rate, of less than 2.1% until now, was far lower than other major epidemics, it added.

Australia and New Zealand were among several countries that kept up efforts to evacuate citizens from virus-hit Wuhan, with the United States saying it may add flights to evacuate its private citizens on Thursday.

Wuhan is converting buildings from gymnasiums to sports centres for use as hospitals for up to 10,000 people, state-run Xinhua news agency said.

It opened a specially built 1,000-bed hospital to patients on Monday, while construction of a second, with 1,600 beds, will be completed on Wednesday.