Two children killed in Japan after car rams into group 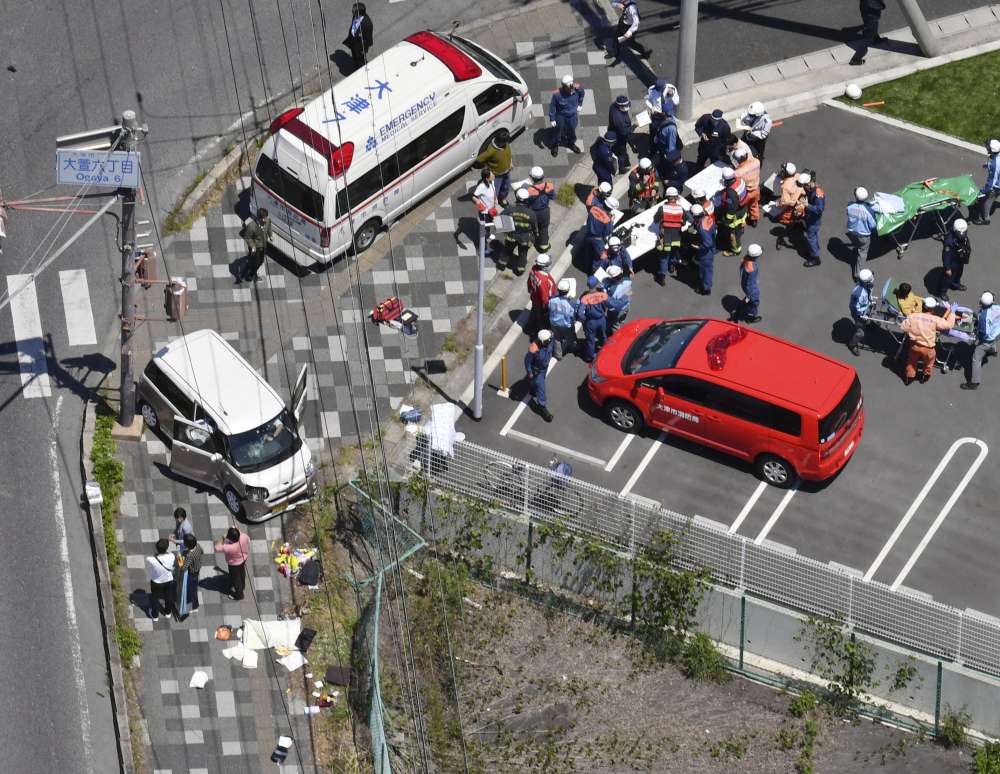 Two children were killed and a dozen injured, two critically, in Japan on Wednesday after a car involved in an accident with another vehicle skidded into a nursery school group out for a walk with their teachers, NHK national television said.

All of the children and two of their teachers were taken to hospital for treatment, NHK added, but two – a boy and a girl, both two years old – died soon after.

Television footage showed two cars slewed at opposite corners of a crossing and brightly coloured school bags scattered on a sidewalk. The children had been returning from an outing to a lake, NHK said.

In April, a mother and her three-year-old daughter were killed after a car driven by a 87-year-old man ploughed into people on a crosswalk.

The accidents have raised questions about how long people should be allowed to drive.