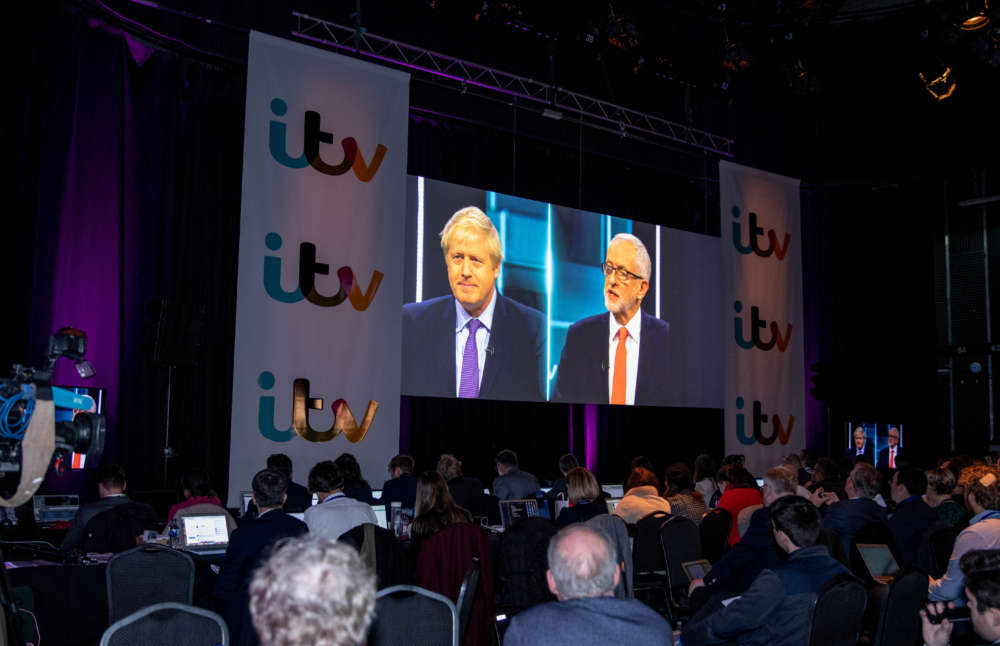 Twitter accused Britain’s ruling Conservative Party on Wednesday of misleading the public during a televised election debate, but Foreign Secretary Dominic Raab said voters did not care about the cut and thrust of social media.

Twitter spoke out after the Conservative Campaign Headquarters press office changed the name of its account from “CCHQPress” to “factcheckUK” while Prime Minister Boris Johnson was debating Labour leader Jeremy Corbyn on Tuesday night.

With its avatar changed to a white tick against a purple background instead of the party’s traditional blue branding, the account, which is followed by 76,000 users, issued tweets supporting Johnson and criticising Corbyn.

Quizzed about the stunt on BBC television on Wednesday morning, Raab said he disagreed with Twitter’s criticism that the tactic was misleading, and said voters didn’t care anyway.

“I knock on doors every day,” he said. “No one gives a toss about the social media cut and thrust. What they care about is the substance of the issues, and of course there’s a huge amount of scepticism about the claims of all politicians.”

Raab said the aim of the Conservative campaign was to rebut what he described as “nonsense” put out by Labour. “It matters that we have an instant rebuttal,” he said.

Asked why his party needed to dress up its rebuttals as independent fact-checking, he said: “Because we want to make it clear that we’re holding Labour to account for the nonsense that they systematically and serially put out in relation to Conservatives.”

Labour said what the Conservative press office had done was a “scam” that showed the party could not be trusted in government.

Twitter issued a statement saying it would take action if anyone tried a similar stunt again.

“We have global rules in place that prohibit behaviour that can mislead people, including those with verified accounts. Any further attempts to mislead people by editing verified profile information – in a manner seen during the UK Election Debate – will result in decisive corrective action.”

“It is inappropriate and misleading for the Conservative press office to rename their Twitter account ‘factcheckUK’ during this debate. Please do not mistake it for an independent fact checking service,” it said.

Raab was dismissive of the charity. “Who said Full Fact is the final arbiter of what the public get to see?” he asked during his BBC interview. “Doesn’t sound to me like they like the competition.”

During the debate, the disputed Twitter account’s description, which featured under the “factcheckUK” name in much smaller script, was “Fact Checking Labour from CCHQ”. Raab said this meant anyone who looked at the account properly would have understood what it was.

After the debate finished the account reverted to its regular Conservative Party branding.

Prior to the controversy, Twitter had pledged to make it easier to report misleading information about the voting process in Britain’s Dec. 12 election.

Twitter said last month it would stop all political advertising, making the British election one of the first major tests for the new policy.