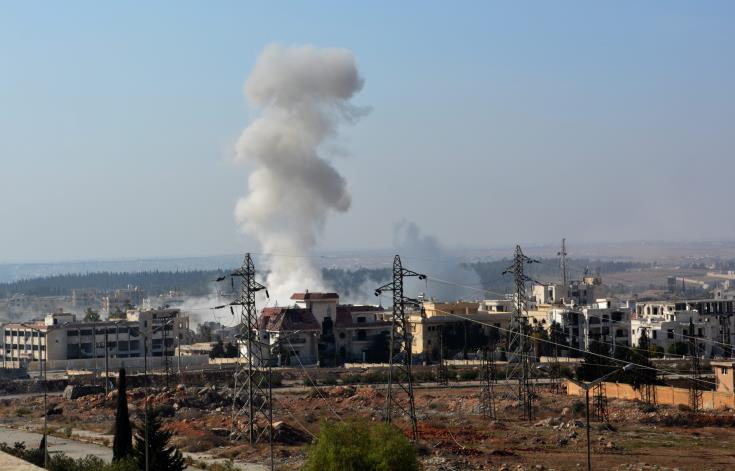 Twin explosions in the bustling centre of the rebel-held northwestern Syrian city of Idlib on Monday killed at least 15 people and injured scores, medics and witnesses said.

They said an explosive device planted in a parked car detonated in a main street in the provincial capital. Many of the casualties were civil defence workers who reached the site moments before a second explosion nearby. That blast was attributed by some witnesses to a bomb rigged to a motorcyle.

Idlib province, in Syria’s northwest corner, is under the control of Hayat Tahrir al Sham, a bloc of Islamist militant factions spearheaded by Syria’s former al Qaeda affiliate, and has long been targeted by bombings and assassinations.

Alliance commanders say they hundreds of people have been rounded up for suspected links to Syrian President Bashar al Assad’s intelligence services or Islamic State sleeper cells who they blame for some of the bombings.

They say the wave of blasts in the densely populated region, a haven for tens of thousands of civilians opposed to Assad’s rule, aims to destabilise the last opposition bastion remaining after almost eight years of civil war.

Idlib, which borders Turkey, has also seen an escalation in artillery fire from the Syrian army and allied Iranian-backed militias on rebel-held towns, witnesses said.

Damascus has vowed to retake every last inch of Syria to cap a string of military gains in the last two years that have recovered almost all rebel-controlled regions with the key assistance of Russian air power.

Russia is keen to help Assad regain the entire country, including eventually Idlib, but Tukey, which wants the Syrian leader to leave power, has so far successfully pushed back.

Last week President Vladimir Putin said Russia, Turkey and Iran had agreed to take unspecified extra steps to clear Idlib of what he called “a hotbed of terrorists,” but the Kremlin said there would be no military operation there.