TUS plane given all clear after unscheduled landing at Larnaca 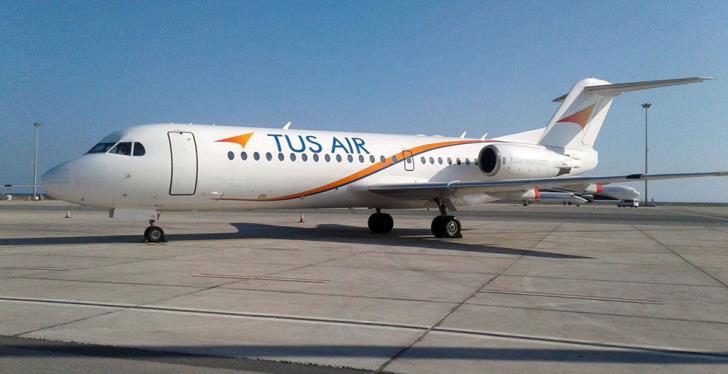 A TUS Airways plane that diverted to Larnaca Airport on Wednesday evening after a suspected technical problem was inspected, given the all clear and continued to its destination, the Transport  Ministry said on Thursday.

In a separate announcement TUS Airways said the captain had landed at Larnaca for purely precautionary reasons after a passenger saw liquid on the right wing. Checks at the airport had shown there was no problem.

According to the ministry’s announcement, the airplane was carrying out a flight from Heraklion to Tel Aviv when the captain decided to land in Larnaca for precautionary reasons regarding a possible loss of fuel.

The plane land safely at 18.45 and all the passengers disembarked without problem, it added.

The airplane was then inspected by engineers of the Dutch company that services TUS Airways aircraft and is based at Larnaca Airport who established there was no technical problem, the ministry said.

The aircraft departed to its destination around 23.30.

For its part, TUS Airways said that the captain of  flight U81423 had decided for purely precautionary reasons, and without having to send out a distress signal, to land the plane at Larnaca for technical checks after a passenger said he had seen liquid on the right wing.

After it landed the airplane underwent technical checks without any leak or technical problems being found and the plane left for its final destination, the airline said.

“The safety of our passengers is out main priority and we will continue to take all necessary measures to safeguard it,” TUS Airways added.