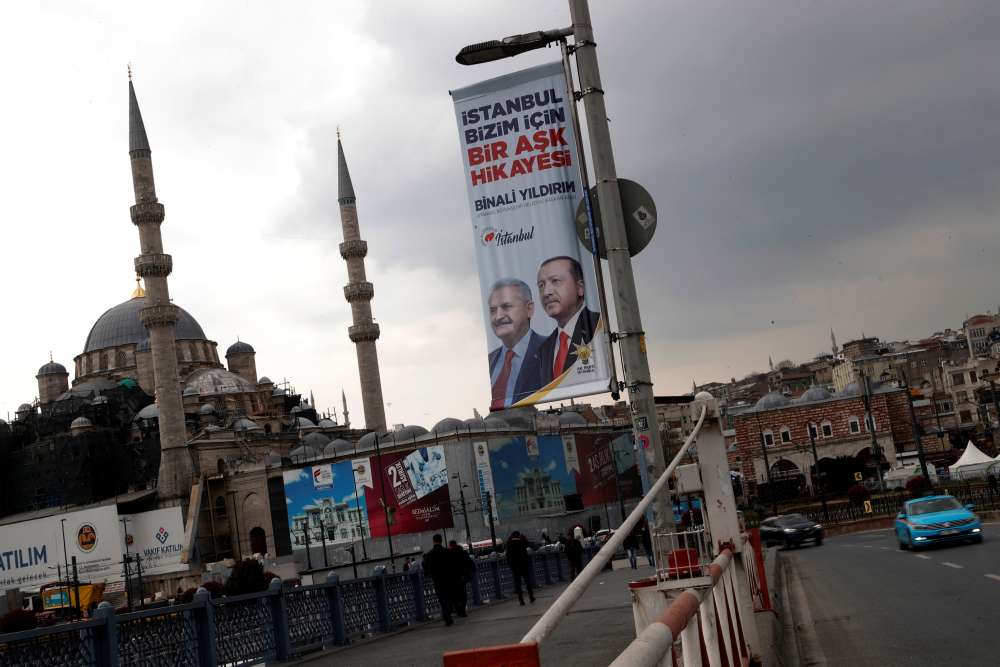 Turks voted on Sunday in local elections which President Tayyip Erdogan has described as a matter of survival for Turkey and which were tarnished by violence that left two party members dead in the country’s southeast.

Erdogan, who has dominated Turkish politics for more than 16 years thanks in part to strong economic growth, has become the country’s most popular, yet also most divisive, modern leader.

Polling stations closed at 4 p.m. (1300 GMT) in eastern Turkey and an hour later in the rest of the country. Early indications from preliminary vote counts were expected two or three hours after voting closed, though a clear picture would take longer.

This week, as authorities again scrambled to shore up the lira, Erdogan cast the country’s economic woes as resulting from attacks by the West, saying Turkey would overcome its troubles and adding he was “the boss” of the economy.

“The aim behind the increasing attacks towards our country ahead of the elections is to block the road of the big, strong Turkey,” Erdogan told a rally in Istanbul on Saturday.

The election was marred by violence in the southeast and Istanbul.

After voting in Istanbul, Erdogan said he was saddened by the incident and that it was being thoroughly investigated. Some 553,000 police and security force members were on duty for the vote nationwide.

In Diyarbakir, two people were hurt, one of them critically, after being stabbed in a dispute between candidates, a hospital source said. Dozens of people were hurt in other election-related clashes in the southeast, media reported.

One person was stabbed as 15 people clashed in a row between candidates in Istanbul’s Kadikoy district, a police source said.

The pro-Kurdish opposition Peoples Democratic Party (HDP), which Erdogan has accused of links to Kurdish militants, is not fielding candidates for mayor in Istanbul or Ankara, which is likely to benefit the CHP.

In the days leading up to the vote, Erdogan held around 100 rallies across the country. He blasted his rivals as terrorist supporters and warned that if the opposition candidate wins in Ankara, residents would “pay a price”.

His opponents have denied the accusations and challenged his characterisation of the elections as a matter of survival.

“We’re electing mayors. What does this have to do with the country’s survival?” Kemal Kilicdaroglu, head of the CHP, told a rally in Eskisehir.

By In Cyprus
Previous articleProblems due to heavy rain continue in occupied Cyprus
Next articleUpdate 3: All clear at Paphos, Limassol malls and Larnaca airport after no suspicious items found