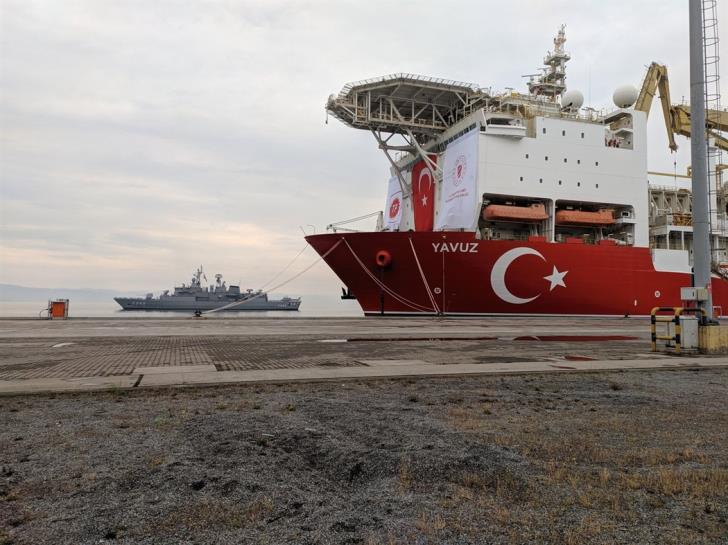 Turkish drillship”Yavuz” continues its illegal natural gas exploration inside block 7 of Cyprus’ Exclusive Economic Zone (EEZ). A video uploaded on the Turkish website A Haber confirms statements of the Turkish Energy Minister Fatih Dönmez regarding the drilling activities commenced a few weeks ago at the Morfu – 1 site within block 7 of the EEZ.

The Turkish official announced it on Twitter on Thursday, November 7 stating that the drill reached a depth of 5,500 meters.

“Yavuz” had previously carried out natural gas exploration off the island’s north-eastern coast, inside its territorial waters. It returned to Turkey in September and from there it sailed to its current position.